Know About Aokighara, Japan’s Suicide Forest That Is Haunted By Death 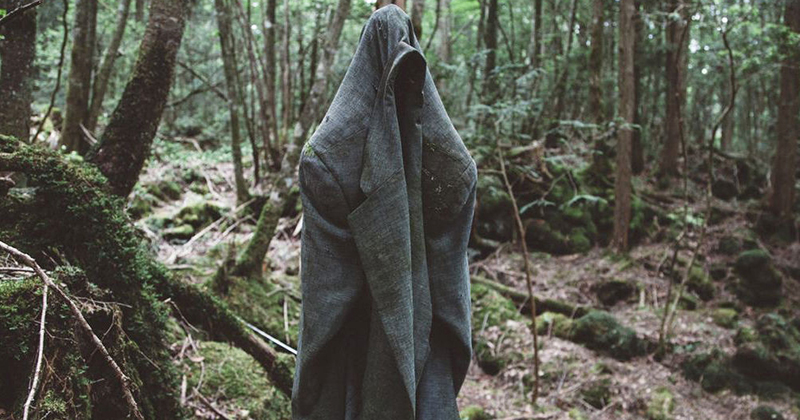 Aokighara – Some places are infamous for their malefic history and Japan’s Aokigahara forest is distinguished for its sombre reputation.

This is otherwise called ‘The perfect place to die’ for its twisted history.

This is also known as the world’s second most popular place to take one’s life, while the first one is the Golden Gate Bridge.

Aokighara – the place to die – Records say that since 1950s, at least 500 Japanese businessmen have entered the forest but didn’t come out safe. The figures are 500 people and the rate is increasing from 10-30 per year. The year 2010 holds the record of 78 suicides back to back. However, the figure notched up in the year 2003 when 105 bodies have been retrieved from the forest. Aokighara in Japan is known as the ‘Sea of Trees’ which is located at the foot of Mt.Fiji. It is a tourist spot now but have bears a story in its bosom.

The place is rumoured to have paranormal activities going on there which leads people that wander inside get lost and die eventually. The famous spiritualists in Japan believe that the trees are infested with the result of the paranormal activities going on in the forest. Also, the area has a volcanic soil where compasses too are rendered useless due to the rich content of magnetic iron in the land’s soil. What’s more, as a precautionary measure, the trees have been marked with the banners like ‘ your life is a precious gift for your parents’, ‘please consult the police before you decide to die’ by the forest department but it didn’t deter the tourists from entering there anyways. Each day dozens of corpses are found by the volunteers who enter the woods for cleaning measures. The Japanse authorities stopped divulging the exact amount of suicides each year in order to divert unsolicited popularity. However, there is a reason behind Aokighara being a suicide destination. The forest is one of the most esteemed spots for suicide laced with an ethereal vibe. There are 50-100 suicides every year in the average. But hang on! There is a strange fact that Japan considers suicide an honourable practice which goes eons back. The Samurais and soldiers who committed suicide during war were deemed brave and responsible.

There is also a saying that the bygone families of ancient Japan abandoned the elderly people in the lonesome forests to maintain the economic balance of the families. They eventually died of starvation. It is said that their spirits loomed over the horizon to make the visitors uncomfortable to the bone.

The forest is replete with skeletons and human remains which holds true with the idea that it must be haunted.

There was an anime series Tokyo Ghoul made on the story of this forest and another Hollywood movie starring Game of The Thrones Star Natalie Dormer ‘The Forest’ was made later too.