These Amazing Tourist Places Were Discovered By Accident Amazing tourist places – Anything can make for a tourist place, historical monuments, remnants of ancient royal dynasties, spots of mass massacres from whose bosom melancholia whispers.

The historical places helps you time travel, transports you to a complete alien reality and heavies your mind with the anecdotes that the tour guides bark at you. However, there are some tourist spots that stuns legions of onlookers now were actually discovered but charmed hearts nonetheless.

The repective governments are making a killing from tourism every year, thanks to these tourist destinations and here are the names of Amazing tourist places :

It was established around 300 BC and back then it was the capital of Arab Nabateans, Petra received numerous numbers of tourists every year now. The rock-cut architecture of the city and the water circuit system are the main draws of Petra. It was discovered by the Swiss explorer Johann Ludwig Burkhhardt who has to pose as a Persian tourist to visit there. There are a slew of Terracotta status of deceased warriors which are the tell-tale sign of the times of China’s first emperor Qin Shi Huang, to whose credit is unifying China in 221 BC. The sculptures were buried under the earth and remained undiscovered for at least 2000 years. Later, the local farmers of Lintong district, Xi’an, Shaanxi province bolstered the accidental discovery. This is an underground city of Turkey which stretches until 200 feet below the ground. The city is said to have housed as many as 2000 people comprising of their houses of worship, food storages, ventilation shafts, wells and religious schools. The construction is accredited to the Phrygians in 800 BC but judging by the contradictions, it was built by the Hitties in 1000 BC. The site remained undiscovered for 3000 years until in 1963 when a resident came to discover it suddenly. This one dates back to 150 BC to 70 AD which is believed to be the oldest remnants of the Hebrew Bible known to the mankind. It is imbued with intricate and delicate stone etchings that catch the onlookers’ fancy. The benchmark discovery of the text was made on the banks of Jordan river by three Bedwin Shepherds on Nov 1946 and is now preserved at the Israel Special Museum for it bears huge linguistic significance. We all have heard of the Maya civilization and during the halcyon days it was the capital town of Maya which dates back to 300 AD. It rose in sight in 1955 and declared UNESCO World Heritage Site in the year 1979. A rock inscribed with  a decree issued at Memphis, Egypt at 196 BC on behalf of king Ptolemy V is known as the Rosetta Stone. It has a deep bearing in understanding the Egyptian hieroglyphs. It was discovered in the year 1799 by a French soldier called Pierre-François Bouchard endorsing Napoleon Bonaparte’s campaign. 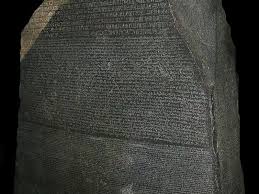 Machu Pichu dates back to 15th century and happens to be Incan ruin. It looks superiorly dreamy as being situated on a mountain ridge 2,430 metres. It was, back then an estate of emperor Pachacuti whose stint lasted from 438 until 1472. The classical Inca style in which Machu Pichu is made with, specialized in dry-stone walls which are still as strong. Machu Piccchu remained unblemished with the Spanish invasion and its ruins were later discovered by merican historian Hiram Bingham. These are Amazing tourist places – These sights were accidentally discovered by gives the governments best revenue from tourism now.