He was inspired by James Brown, the Ishley brothers and Bee Gees. His vocal technique was an influence of Diana Ross, especially the ooh sound which we find in most of his tracks. The eighth child of the Jackson  African-American family born on 29 August 1958, from a working-class family.

MJ’s tracks are ever after the foremost kind of tracks that is popular even in 2018, though released during the 80’s. MJ’s tracks are based on pop and rock music. “Dangerous” has been certified to platinum for seven times and about 30 million copies worldwide in 1991. 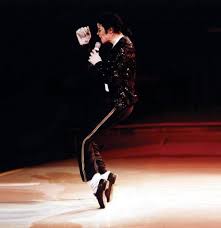 Nobody can forget his sixth release “Thriller” released in 1982, a video of 14 minutes directed by John Landis if watched once. It is one of the best selling album in the world. One of his latest album “Invincible” in 2001 which was ranked in the top 10 songs worldwide.

Therefore in 2009, this album got the highest vote by the Billboard magazine as the best album of the decade.

Almost every track by MJ has ranked worldwide Burn out in Disco, Ben, Beautiful girl from the album ultimate collection.

Moonwalk is the signature step of Micheal Jackson, one of the unique and famous dance step. His dance style has created a craze among the audiences for his own form of dance. Entire dance lovers of the world are aware and passionate about his dance style.

Uses of jackets in different forms with his tiptoes, movement of the toes and heels on a pace of rhythm and music altogether is a compact outburst. “Beat it” with his unbeatable dance on rhythm and music is still a masterpiece.

“Blood on the dance floor” not only famous for its music but for the individual iconic style.

Jackson has received a number of honours and awards among which he was awarded the World Music Awards’ for Best-Selling Pop Male Artist of the Millennium.

Honoured and inducted for the dance of fame for being the first pop and rock N roll dancer in the world and still today he retains the fame.

Holding record as the best entertainer by the “Guinness World Records ” in 2006.

1980 he was honoured as the artist of the century and the American Music Awards.

MJ received the honour of doctorate in human letters degree by the United Negro College Funds and Fune University.

This is Michael Jackson music – In spite of the racial barrier, MJ being a victim of racism was capable to conquer the hatred through his entertaining performances and music. His dedication to his work and noble causes for his country made him immortal even after his death in 25 August year 2009.