Rise Of Women During Great Depression 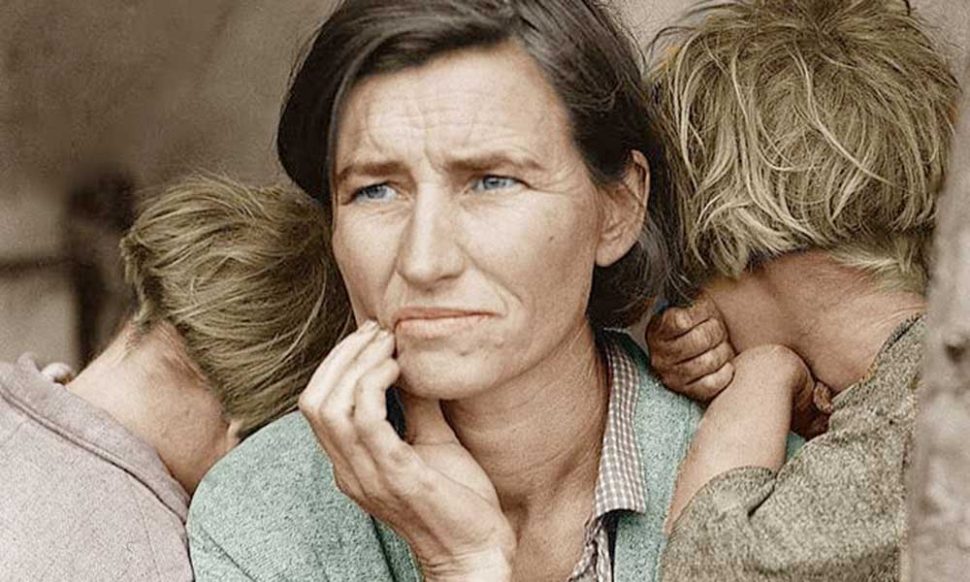 Rise of woman – Just ten years after the first world war, the stock market of US crashed in September 1929.

It was one of the most catastrophic economic events of 20th century, which struck the world along with the United States. This event was the Great Depression, which drastically declined the output and created severe unemployment along with acute deflation around the globe. It had different effects on men and women of the society then. In general men were associated with the work and world outside home; and women were related with family and domestic chores within the four walls. During that period paid work and family life were two different spheres of social activities. Men were considered to be the sole breadwinners until the great depression hit the world economy. Because of the financial crisis in the market heavy industries were shut down or the production decreased. This costed men their works and they were soon rendered unemployed. For such reasons, where the only male earning member was unemployed, women had to come out and hold the reins of family income for the survival as there were scopes for the female clan. During this period of economic calamity more and more women were joining the work force. Though it was very tough for them to survive in the misogynist work world, but they endured every obstacle to keep the fire in their hearth burning. Women were mostly involved in service industries, which was unaffected by the great depression. Most of the women force was involved in clerical jobs, in nursing and teaching professions. Some joined in the telephone operator offices and some found employment as domestic workers. As a woman, though they found employment easily, but their professional journey was not easier. Sometimes they failed in getting job, and discrimination was created amongst the married women. Their working outside home was not appreciated by the society during that time. The people thought it to be a threat for the wellbeing of the family and for the male in the working world. It was often considered, that married women were replacing the male workers in the scope of employment. On various occasions the employers lowered the pay scale and sometimes they even failed to pay the wages in time. As their salaries, were the only source of income so it was quiet necessary to get paid properly and in time.

The New Deal 1934 established by Roosevelt helped in increasing the wages of women. It also improved the working conditions and helped in eradicating discrimination in the work field. The New Deal opened doors for the more and more women, to come and join the labor force freely during the great Depression. New Deal secured women’s labor rights. It was important for such kind of deal to be introduced, as there were discriminations in name of color, gender and origin. This brought uniformity amongst the working class and saved many families from starvation. People who could not found work, were provided funds under this deal. The way the calm, coy and doll like women, who were often considered for the household need & beauty; has proved that in time of emergency they can equally work hard outside the house. In order to bring in money they worked in various fields and provided minimum two course meals to her family and children. Despite the hurdles and discriminations, they never gave up. With an iron will, she carved her path and rose from a poetic beauty to the fighter of reality. Rise of woman – Though they were lambasted by the patriarchal society, but ultimately, she proved that she can balance between the family and work easily, if the male fails to take the responsibility.