Global economy continues to slide even after five years of financial crisis. 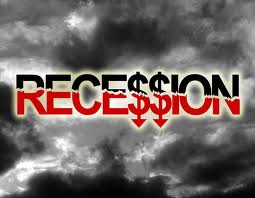 In an immediate result of the September 2008 outbreak of the global recession, claims were made that so-called ‘budding markets,’ including China, India and Brazil, would be able to disconnect from the major capitalist economies and present a new base for growth in the world economy as a whole.

On contrary, that story of economic fiction has been exposed. Instead of providing boost to growth, the “budding markets” are hurriedly becoming a new source of global instability.

Last week, the Wall Street Journal quoted a report that the major economies, including the US, Europe and Japan, were now adding more to world economic growth than the rising nations.

That does not point to a recovery in the developed countries but to a certain extent it indicates the dwindling of the global economy as a whole. Growth rates in all the major economies remain well below the levels achieved in 2007-2008, with no hope of touching those levels again.

The situation is even shoddier elsewhere. Europe continues to decline, with the euro zone economies growing by only 0.3 percent in the June quarter, which renders to an annual rate of 1.1 percent. The euro zone economy as a whole is still 3 percent smaller than what it was in 2008. Analysts believe that an annual growth rate of at least 2-3 percent in the next three years is necessary to bring down unemployment but there are no prospects for the same.

The Bank of Japan’s plans of doubling the money supply appears to have given their economy a little boost, with growth in the third quarter coming in at an annual rate of 2.6 percent. But this still remains well below the predictions of 3.6 percent increase.

The major factor that contributes to the weakening of “emerging markets” is the slowdown in China. The official growth prediction for this year is 7.5 percent, the lowest increase since 1990. But there are warnings that it could be lower. Declining growth of China is having a considerable impact on the economies of South East Asia as well as on raw material suppliers such as Brazil and Australia.

Two years ago, Brazil, which exports soya beans and iron ore to China, grew at a rate of 7.6 per cent. This year predicted growth is just 2.3 percent.

Australia, which is a major supplier of iron ore, is deeply impacted by the winding down of the Chinese infrastructure investment, with official Treasury estimates pointing to a momentous downturn in Australia’s terms of trade–the ratio of export to import prices. The Australian government has stated that the “China boom,” which drove major investments in iron ore projects, is over.

Lower growth does not remain a single problem. There are growing concerns that high debt levels in China, which are a result of the credit and fiscal stimulus put in place after the global financial crisis of 2008-2009, could get going a financial crisis.

According to Fitch Ratings analyst Charlene Chu, a study of China’s so-called shadow banking sector had exposed that the country’s total debt could be as much as 200 percent of gross domestic product. Chu warned that the banking sector was more exposed to shadow banking loans than most people realised. She estimates that the assets of the Chinese banking system extended by $14 trillion between 2008 and 2013, comparable to the size of the entire US banking system.

India, which used to be looked up to as a potential centre for global growth, has fears that its declining economic slowdown could be increasing the debt burden of some of the country’s biggest industrial companies.

The Indian financial market is hit hard by a capital flight, which last week saw the reimposition of capital controls in a bid to arrest the falling value of rupee.

The Indian economy is smacked by what the Financial Times described as a “toxic combination of a falling rupee, a sharp slowdown in growth, swollen current account and budget deficits and persistently high inflation.”

India is not the sole developing economy that faces rising financial trouble. The expectation that the US Federal Reserve will soon begin to narrow its purchases of US Treasury bonds, possibly as early as next month, has triggered capital outflows from other regions also. Besides India, Indonesia, which has also been flaunted as a new growth centre, is experiencing growing financial problems.

Markets across Asia experienced downfall last week amid fears of Fed “tapering,” which will lift interest rates in the US and could see the capital moving back into American financial assets. The danger is that the present capital outflow could turn into a flood once “tapering” begins.

Given the growing reliance of the world economy on “emerging markets” in recent years, the outcome of another financial crisis will be even worse.