Things about India that foreigners laugh at – Well, Indians have contemptuous pride about their tradition but not many foreigners are solicitous towards some weird things about it.

Ranging from the smelly armpits creating a collective stink in the public transport or stopping by a cow in the roadside to offer gratitude because it’s deemed a mother-figure in our religion or perhaps drinking tea in the roadside stalls in earthen pots, even the advanced countries have also admitted defeat of logic to these.

May be we give them reason to laugh, but you know our country breeds purest of hearts for we can laugh at our own shortcomings.

Of course, count out drinking tea from clay pots by the roadside stall from that for it rekindles nostalgia and we are more than proud of such things about us.

However, here are a few Things about India that foreigners laugh at and we roll our eyes:

Things about India that foreigners laugh at –

India is perceived by a series of stereotypes, many of them also straight jacket India by the means of Maharajas, Krishna, Budhha, Gandhi, Nehru, Saffron, Silk and spices, widespread Himalayan mountains et al. Not long ago, Coldplay has released a song ‘Hymn for the weekend’ which attracted winds of dissent for exoticizing India and we can’t agree more. It’s beyond exotic. This is the sixth largest economy of the world and only pushing boundaries. So the foreigners better get over this myopia. In a previous article we told how many multi-lingual countries are there in the World apart from India. So, like them, speaking more than one language comes pathologically to us. We are not limited like the many countries biasing over a single language. There are staggering 18 languages recognized by the Indian constitution and many other existing ones too. Yes, it is a secular country and also, we are not rubbishing Barack Obama’s notion about the spurting religious intolerance in India but then when the troubled waters seem to calm down and dust settles, we all are one under the one national identity despite having people practicing 6 different religions. 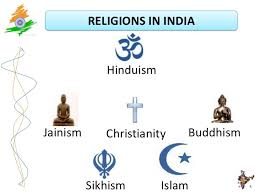 Like we have already stated above,  in this rapidly booming sixth-largest economy of the World, the main work force lies in agriculture which is 70%, 13% in industry and 17% in services. However, the fourth Industrial revolution is underway in India and it’s rapidly excelling in advanced robotics and neurosciences, new industrial sectors are being created, new pilot projects are being launched so we are looking forward to a brighter future ahead. 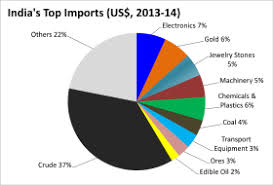 True, it’s a hair-raising concern in India now that the population is growing about 25% in every 10 years and experts are fearing job-shrink and other troubles it may entail. The rural population covers 75% of the whole figure where literacy is scarce. But many corrective measures are being taken and soon the problem will be under control. 6. All of us don’t earn our livelihood from snake-charming:

That is another way of stereotyping India apart from thinking all Indians are Native Americans. So get over the Indiana Jones movies and cartoon illustrations. There are more to ourself and the society. That is open for you to explore. These are the things about India that foreigners laugh at – Also, we don’t have pet tigers in our homes, the Arabs do. There is no reason why you should nurture a tunnel view about India, dear foreigners.