These Pieces of History The British Want To Forget Pieces of History  – History is biased from some angles and since most of the anecdotes of war are written on the victor’s point of view, we have little insight on the major optics of war. In this bargain, the torments and nasty sides of war go unnoticed too.

England has been well thought of for being one of the greatest victors of world history and it was always driven by bigotry, arrogance which resulted in mass genocide and cruelty.

When someone sings praise for the British empire, he filters these incident and speaks and we are here unapologetically bringing to you the grimmer Pieces of History the British want to forget:

This is also known as the ‘Kenya Emergency’ which took place in the year 1952 and 1960 where there have been brutal atrocities carried out on the civilians by the British government. The Mau Mau were tainted for being the anti-socials or rebels who indiscriminately attacked the locals and the British regiments. The British force, as a retaliation, killed around 20,000 of them in mortal combats and administered capital punishment on at least 10,000 Mau Mau suspects. English imperialism spanned a longer distance than the British offshore but happened in Ireland too which was carried out by Elizabeth 1’s action. She was feared and hated in Ireland hence for obvious reasons. She even referred Ireland as a ‘rude and barbarous nation’ which prompted the frightened Irish government to sign a pact with her. She, however sent off her troops in Ireland to track down the rebels and kill them at sight. Ireland has this torture fresh in its memory until now.

The whole idea was invented by the British but the Spanish were the first to use this term ‘reconcentrados” in Cuba during the Ten Years’ War (1868-1878) until the British came to use it during the second Boer War which commenced in 1899. British there held their enemies captive like the Nazis which had 64 Blck African prisoners which included women and children too. At least 26,000 people including women and children died of poor hygiene and lack of food there. British always opted for killing the enemies after capturing them. When the German submarine U-27 sank by HMS Baralong in the halfway of First World war, they shot the commander Bernard Wegener in the same day although he held his hands up for surrender. 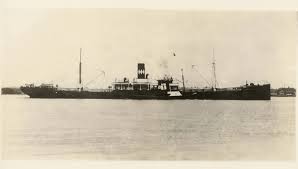 India was under the British rule for 100 years and this incident took place in their tenure and under their surveillance. It was on April 13th, 1919 when Indians gathered peacefully to protest against Rowlatt act and the British government sentenced them imprisonment without trial. The British troops opened fire on 10,000 innocent and unarmed protestors killing 379, and injuring 1200 of them. This fuelled Mahatma Gandhi’s political movement who put his foot down to protest British imperialism in India. These are the Pieces of History British wants to forget – These are the indelible black marks in their history and the British should be ashamed.