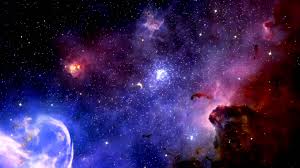 Photos by NASA – Universe may seem like something has been fabricated by science fiction writers but it’s a great revelation for the star gazers.

Universe is made of multiverse which is innumerable number of multiple Universe that never fails to amaze us. The Universe hence is not only a human imagination but its existence is now well proven.

NASA’s most path-breaking pictures that stand souvenir to the intersteller achievements and aspirations, are given below:

Buzz Aldrin was the second man to step foot on the Moon is seen to be posing here as Neil Armstrong uses Buzz’s visor as a mirror to take picture of himself. This photo is enough to prove that the scientific imaginations are not merely imagination but grounded in reality. This image was compiled to size up distant galaxies that resulted from the Big Bang. This photo captured a mind boggling image of 10 thousand different galaxies. These galaxies are 13.2 billion year old in higher definition. In this photo, one can see the tumult in the Jupiter where you can see the famous Great Red Spot in Jupiter which is not attached to any geological feature of the planet. The Jupiter has a fluid planetary surface and the birthmark there is an elemental phenomenon. There was a Space Shuttle Challenge Disaster that happened in the space where seven fearsome astronauts have died. It was called the Space Shuttle Columbia Disaster of 2003. This one proves that risk is always involved no matter to what length humans have conquered space and earth. This photo of Mars doesn’t give you a glimpse of any Martians as such. This however proves that the space exploration capture the popular imagination. This is a 360 degree view of what a man would see if he lands the Mars.

The Hubble Space Telescope has been consistently useful throughout the Space exploring years. The photo-taker who has been orbiting Earth ever since 1990, has gave us some breaktaking photos, notably of deep space. This is the picture of the Pillar’s Space in the Eagle’s Nebula. The ‘Black Marble’ was taken from the Suomi NPP Sattelite. The photo shows the lighting visible to the space at night. This photo stands proof how mankind is slowly gaining hold on space. The photo was taken during Appollo 8 Mission, 1968. During the Christmas time, the Apollo orbited the moon which was publicly telecast on the Christmas Eve. This is the original ‘Blue Marble’ picture. These are the Photos by NASA – So, these are the pictures taken and unleashed by NASA that prove Universe is not only a figment of imagination.