These Facts About Space Will Leave You Jaw-dropped Facts about space – So, Holi is round the corner and you are warming up for the next family get-together where you will be again seen spinning a yarn now that the oratory genius you are.

You will flanked by small cousins and mausas, masis, chachas and chachis who look forward to your stories. These bona fide loyalists buy into your slapstick jokes to serious information in like manner, jaw dropped.

We have a suggestion, why not try something new this time, give them some information facts about space may be because it never fails to startles us being full of mystery.

So as to leave them jaw-dropped, we are laying down some points that will be your help near future:

1. Thousands of other planets are out there in the Universe:

The entire universe is inundated with thousands of other planets but we only know about 8 of them. There are extra-solar planets, otherwise called exo-planets revolving around orbit of other star. There are 1800 confirmed new worlds, with 3000 awaiting confirmation. In the Star’s Goldilock zone, there are habitable planets just like Earth, astronomers believe. 2. The skin of your feet peels off in space:

There is a micro-gravity environment in space for which astronauts don’t use their feet to walk. Hence, their skin starts to soften and flake off. Also, there is no laundry facility available in the space compelling the astronauts to wear same underwear for few days. Their socks need to be pulled out gently or the soft skin peels will hover around. 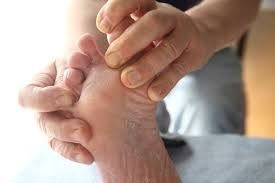 3. A day is longer than a year in Venus:

Venus takes a whole year to complete a round around the orbit on the Sun, hence a day is longer than a Earth’s year in Venus. It takes 224.7 Earth days complete one whole orbit around the Sun whilst it takes 243 Earth days to rotate on its axis just once. 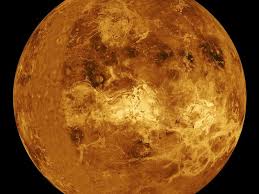 4. The Sun can house upto one million Earths:

The Sun is at the centre of the Solar system and the planets orbit the Sun. The Sun which occupies 99.8% of the entire Solar system, can house one million Earths in it. 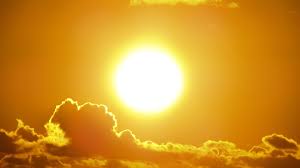 5. You become taller than your normal size in space:

Due to the micro-gravity the spine straightens out which makes you at least 5 cm taller in your space station. 6. Space is nearer than you think:

Space starts where the universal marker of Karman line starts. There is an invisible boundary which is 100km above the Earth which enables you to drive your car upwards hence you can reach space in less than an hour. 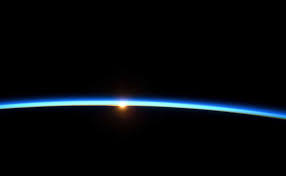 7. Mercury is the closest planet to the Sun but not the hottest:

Mercury directly faces the Sun but this planet is only hot in the daytime. The maximum temperature in Mercury is 425 degree C whilst Venus, which is the hottest planet has scorching 500 degree C all the time. 8. The origin of the term Astronomer:

The word is derived from the Greek word ‘Astron’ which symbolizes the stars and ‘nautes’ means the sailor. Because water bubbles or spheres in the International Space Station. When the tear drop is extricated, it clings to a surface. 10. Nebulae can be of all shapes and sizes:

Nebulae means cloud in Latin. The cosmic clouds come in all shapes and sizes being made from interstellar dust and gases. There are Christmas Tree nebulae, a horsehead, a unicorn, a hand, fried egg to be seen in the space. These are the Facts about space – Aren’t these facts entertaining and amazing?