Peeping back into the ancient history of Egypt mentioning the Pharaoh’s, it mentions the longest river on the earth, “River Nile”. The Egyptian name of the river was “Ari”, due to the sediments left were black in color. Being the longest and ancient it has been useful to discover the Egyptian civilization. 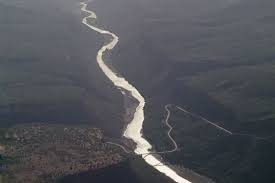 Discovering the agriculture, lifestyle, and culture of the oldest civilization was possible from the settlements of the civilization at the bank of the river Nile. Apart from it a few of the unknown facts of the world’s longest river are as follows:

The celebration of Wafaa El- Nil for the longest river starts on August 15th and lasts for two weeks until the end of the month. Strange part of the flood was it arrived annually at the same time and so it made people aware of the time each monsoon. The construction of the dam has provided a great relief to the people of Egypt and bank of the river settlements.