Six Countries That Are Severely Suffering Due To Hunger After the Pandemic of covid 19, the graph of hunger has intensified with rising problems of economy and joblessness. Before the problems were present, over the issues of poverty and job hunger, starvation has led to increasing in death. Young ones and children do not get sufficient food and health care that is leading to suffering due to hunger.

Each year millions of people from these six countries need healthcare support and food. The United Nations world food program has to provide support to hungry people.

Wars, conflicts, and the recent lockdown of 2019 – 2022 due to the Covid 19 have destroyed the financial stability of the countries. The different countries that are undergoing the issues are on the edge of reducing the survival rate of their people. Years prior to the pandemic this country severely suffers from various problems. Community war, conflicts, and civil war have already shattered the financial condition of the country. With time the situation of people has deteriorated. Disease along with the economic declination has led to destroying millions of lives. Survival has become difficult leaving behind the Congolese to suffer from hunger. Not only due to the impact of the civil war, apart from it, but the lack of jobs has also increased the poverty among people. The help by the UNF program has helped people to survive famine in 2019. After which the country suffered the disease of Covid 19. More than 2 million of their people had faced the risk of starvation in South Sudan. 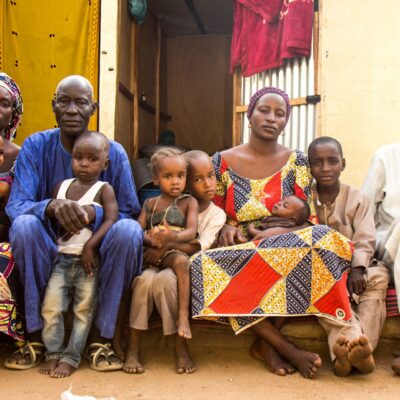 One of the worst situations among the top countries severely suffering due to hunger in Nigeria. Not only surviving the conflicts, invasion of armed forces to the country. It has led to millions of Nigerians going homeless. Millions are forcibly pushed out from their farms, the cause of to increase in hunger and starvation. About 4.4 million people are undergoing intense hunger conditions irrespective of age. For more than two decades Timor Leste has been undergoing the problems of hunger, starvation, and malnutrition. The place is itself popular as one of the countries with the shortest people but due to the economical issues, it has ended up stunted growth and health problems even among children. In the new list of the countries in the list of the hungriest, it ranks among the top five. Natural calamities have been a reason for the high damage to crops and agriculture. Hereby, Madagascar is the one with the condition of malnutrition, starvation, and ill health with increasing death rates. Not only the natural calamity of the earthquake of 2021 but the community fights has led to the reshaping of the country. Undernutrition in children is due to the lack of food is ending in to increase in diseases and stunted growth. About more than 46 percent of people require humanitarian support.

The problems of suffering due to hunger have been exacerbating after the Covid 19. But it does not mean the situation was not worse prior to the pandemic widespread.