What Does Hindu Mythology Describe Spirituality? Lord of Universe, Shiva is also believed to be the God of Spirituality. God has no desire or connection to a materialistic lifestyle. Lord who lived at the top of the Himalayas also believed to be the destroyer. But he was among the three deities who have been devoting to live and preach Moksha. According to the mythology, Lord Shiva led in achieving Moksha in humans, which is the ultimate goal that describes spirituality in Hinduism.

The connection between Religion and Spirituality

Spirituality has always been connected to religion. It was the only way to spread the versions developing positive vibes among people. Removing the negative vibes which increase goodness among people. All kinds of people from the lower class groups to the higher class groups know about their religion. It was the path to increase the awareness of spirituality. Basically, religion and spirituality are different and they should not be confused. Hindu mythology has been able to establish the relationship. It has helped in improving humanism on the earth. Lord Shiva has been able to detach himself from worldly things and lead the life of a yogi. He was able to destroy as well as create but mostly kept himself away from the desires and emotions that may affect his lifestyle. His wisdom to know and understand worldly things; enabled him to love his followers irrespective of status. No pride and hatred in him with the fulfilled quality of loving his relationships; respect is part that describes spirituality.

Even today in modern times his followers are able to gain spirituality. The Yogi incarnation of Lord Shiva has given light to the followers of the path. The quality to increase positivity by the removal of detachments and expectations is described in Hindu mythology. Lord Shiva is known as Adi Yogi or Guru. He was the first God to introduce Yoga as a Yogi. No one can deny the connection between the Yog, Yogi, Yoga, and spirituality! 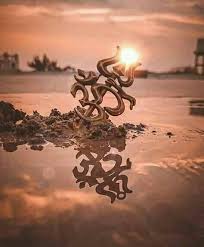 Yoga the root of positivity

Chants, mantras, and hymns with Yoga have deep roots in spirituality. The main aim of Yoga is to develop an inner consciousness and develop body strength with the toning of muscles. Chanting “Om” while practicing creates oneness of body and mind. When the body and mind have the strength of thinking better it will always reverberate positivity.

Hindu mythological facts about God and their contribution that describe spirituality are not only in sacred books. But also depicted on the walls of the temples. It mentions Mahadev who is mastered in flawless meditation and spirituality. The energies of the body and mind can easily be controlled to acquire positive vibes in everyday life by Yoga and meditation. Mahadev was the creator of yogas such as Hatha Yoga to purify the body, Mantra yoga to purify the mind.

Altogether in modern times about millions of people practice yoga to gain spirituality. Develop a positive livelihood, they are able to give up anxiety and depression. But it did not take place in one day. The initiative was taken from ages as Hindu mythology mentions and the present generation experiences the benefits. It is after practicing, learning about spirituality.