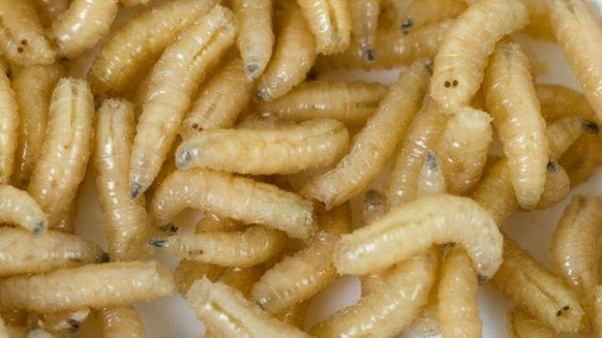 Strange things found inside human body – Human body is full of mysteries and there happens some things that one can’t really comprehend how.

Some instances are borderline strange that make for a horror-movie script. In the cases, their bodies have been housing some unwelcomed guests without their knowledge.

Take for instance, if a spider finds home inside your stomach or a cockroach lingers in your ear, how are you supposed to feel?

So, we are jotting down some examples of how Strange things found inside human body lately.

There were times when a bug in the eye got stuck and we felt uncomfortable. But then rubbing, winking and tearing it came out and we released a sigh of relief. But things have gotten a tad worse with a boy in Honduras, actually turned into a nightmare when a Botfly, a parasitic insect got into his eye and laid eggs even. He had to undergo a surgery eventually for the bug to be removed. A South Korean woman ate a partially cooked squid in a restaurant which made her feel something is spreading in her mouth. With the continuation of this strange sensation, she saw a doctor who found a small white spindle-shaped bug-like organism called sprematophore inhabiting inside her mouth. Believe it or not, at least 57 maggots were found inside the body of a 92 years old woman, precisely in the ear. According to the doctor, a fly crawled inside her ear and laid eggs which hatched into these obnoxious maggots. These had been inside her ear for two or three days before being found. Eeks! A man in India started having pain in his ear and hence visited hospital. After being examined, he found hundreds of larvae eating into the man’s flesh. If these were not removed, they could have rummaged into the man’s brain and killed him. A man named Ronan Svedan from Massachusetts started having obstinate cough which prompted him to visit the doctor. After X-ray and other lab tests being done, they found a small pea plant inside his lungs FTW! A young girl from Beijing housed a full-grown Dandelion inside her ear! Beat that! While washing the fish tank, a 2 cm long fish made its way into his penis. It entered his urethra, glided upwards the bladder and would spread out some more if it was not surgically removed immediately.

A boy in India was having breathing problem after taking a dip in the river. The doctors found out a 9cm long fish residing inside the boy’s lung. It appeared that the boy swallowed a live fish which was a common sport among local kids then. A man from Colorado started having painful itch in his scalp. Even after trying out some medicated shampoos, nothing seemed to work out for him. The itching slowly mutated into unbearable pain and he visited a doctor who said there were botfly maggots, each about the size of a penny residing inside his scalp. These are the Strange things found inside human body – Strange? No?