Shutdown is no game, say US lawmakers 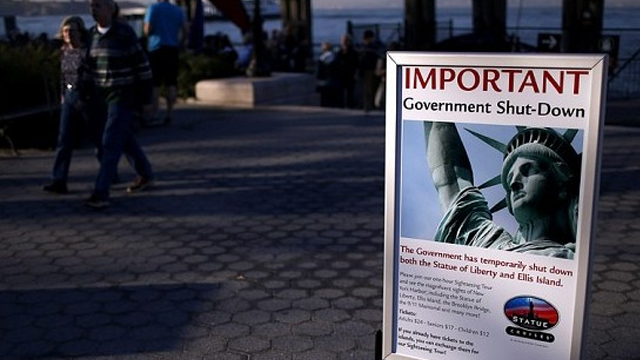 As the political stalemate over the US federal government shutdown over President Barack Obama’s signature healthcare law headed into its fifth day, his Democrats and opposition Republicans slammed each other, saying it was no game.

As the political stalemate over the US federal government shutdown over President Barack Obama’s signature healthcare law headed into its fifth day, his Democrats and opposition Republicans slammed each other, saying it was no game.

With both sides digging in, Obama cancelled a trip to Asia to attend the Asia-Pacific Economic Cooperation summit in Bali, Indonesia and a separate Asia security summit in Brunei to fight the ongoing shutdown battle and the looming crisis over US debt-limit.

Obama, who had earlier cancelled visits to Malaysia and the Philippines, made the decision to show “his determination to continue pressing his case that Republicans should immediately allow a vote to reopen the government”, said the White House.

Then rolling up their shirt sleeves, Obama and Vice President Joe Biden strolled out of the White House Friday to nearby Taylor Gourmet deli that was offering a discount to furloughed federal employees going without a pay cheque.

“I’m happy to have negotiations but we can’t do it with a gun held to the head of the American people. There’s no winning when federal workers aren’t getting paid – even if they have to work,” Obama said as he waited for his sandwich.

He was responding to reporters’ question about a story in the Wall Street Journal that quoted an anonymous senior administration official as saying the White House was “winning” in the clash over the shutdown, and that the length of the shutdown “doesn’t really matter to us”.

He placed the blame for the stalemate on Republican House speaker John Boehner, saying there are enough votes to end the shutdown immediately if the speaker would call a vote of his members.

Meanwhile, Boehner too mentioned the quote at the top of a news conference on Capitol Hill.

“This morning, I get the WSJ out and it says, ‘I don’t care how long this lasts because we are winning.’ This isn’t some damn game!,” said an angry Boehner as he slammed the newspaper onto the podium.

After Boehner’s remarks, White House spokesperson Jay Carney agreed on Twitter that “it’s no game” and called on the speaker to let the House vote on a clean continuing resolution that funds the government all at once.

The White House also released a statement saying they would “strongly oppose” a “piecemeal” approach by the House to gradually re-open the government bit by bit.