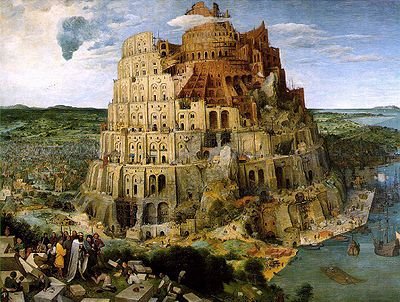 Whenever we remind ourselves about the Indian mythology the popular are Mahabharata and Ramayana. The epics of mythological characters that are surviving with people and religion. The scripture depicted on the walls external and internal describes the different philosophical aspects. The Vedic stories are the description of the religious literature that is always in belief, not only as religion but a guide to self-improvements. Some of the interesting facts that no one can deny about Indian mythology are as follows:

The rule of Samsara:

The life cycle of a human being is the major part to understand if born as a human being. Four major parts of life are birth, with the different stages of life, death, and reincarnation. It is mentioned in the Vedic and epics, that inspires people to lead a better life. All the sculptures of the ancient times on the temples and ancient structures speaks about the life and the stages that one has to follow.

“There is neither joy nor any sorrow for one who Transcended samsara, with a peaceful mind He will always live As If he can without a body”.

We all are aware of Karma, the way it plays with the fortune while there is a keen belief in both the actions and reactions. It is already described in Vedics and also in the sacred books of the Hindus. Indian Mythology has always been descriptive about bad things and good things that are undoubtedly a person has to face due to their deeds. If you do anything good in life it has always had something better in your life and for bad you have to pay the worst in your life before death.

Whenever we talk or think about Mahabharata, it has the greatest collection of verses from Mahabharata. The character of Lord Krishna who has been the savior of and guide to Arjuna, the verses are from the Bhagavad Gita. Indian mythology cannot be imagined without the religious sacred book. Hindus are a great believer of Gita, perhaps if they believe or may not follow them religiously. Krishna has been the ruler, the incarnation of Vishnu who will always rule as the deity of Karma. There is always a belief that whenever there will be an end to the world due to inhumanity. The rebirth of Krishna will bless the world with rebirth to the world.

Krishna said “ Whenever evil flourished in the world, God born as a human form to defeat the evil people. This happens in all distinctive yugas”.

Divine in a culture where the celebration for Gods or deities are also inspired and known from Indian mythology. The rebirth and incarnation of the Devi Durga, the King of the Universe Lord Shiva are also part of Indian Mythology. Hindu religion believes to celebrate with offerings to the deities as per mentioned in the mythological books. Indian Mythology depicts the truth about the life cycle that the human has to follow in each yuga.