Going against a godman is a sin for the people. The sheer acceptance of the fact tat they too are human being and may be wrong is somewhere in the back of the people’s conscience. If someone comes face to face with the stark reality, they either remain silence or are silenced. 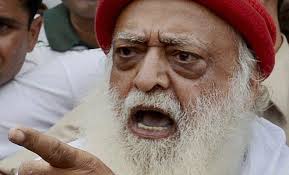 India is considered the land of spirituality. With its spirituality are attached the ‘godmen’ (and women) who guide people across the world into this fantasy land of salvation. But what happens when these ‘godmen’ turn out to be the one living life out of jingoistic verbal skills? Who are far from the road of real salvation themselves? And who are directed by the carnal desire as much as a normal human being?

In India, the spirituality has taken a place in politics. A deep dark place which not only helps move people sentiments and swing votes, but also swing cash for political parties.

These so called godmen many a times prove to be the middlemen of the political trade and agreements.

There have been many incidences in the past where the godmen have used their power, position and shrewdness to rob the innocent people of their money, conscience and modesty. And they are so smart in carrying out their goals with their brigade of followers that they roam freely in and out of the country raking moolah and preaching what they do not practice.

Going against a godman is a sin for the people. The sheer acceptance of the fact tat they too are human being and may be wrong is somewhere in the back of the people’s conscience. If someone comes face to face with the stark reality, they either remain silence or are silenced.

The arrest of one such godman Asaram Bapu, on the charges of sexual assault of a minor, has given an ample proof about the situation.

Asaram Bapu was evading his arrest giving lame excuses from three days. The police was fearing an outrage from his followers and was trying to get him through a peaceful route. Much to its dismay, the political figurines have come in defence of Asaram making the work harder. His own statement that the Congress party was trying to frame him provided fuel to the situation so much so that the state governments of Rajasthan and MP (where he was chased and later arrested) was not able t take any stand on him. The fears came true when the followers of Asaram pelted stones on the journalists trying to do their work.

Asaram’s history is full of controversies though. He faced ire of the public when he questioned the Delhi gangrape victims presence and responsibility for the crime committed against her. A complain has also been filed against him with the ministry of corporate affairs for allegedly grabbing 700 acres of land and committing serious frauds. In the year 2008, he and his son was also questioned in the mysterious death of two boys whose decomposed body was found from the banks of Sabarmati river near his ashram.

Another case had been of Swami Nithyananda who was not only featured as one of 100 most spiritually influential people in the world by Warkins’ Mind Body Spirit magazine. He was accused of rape by an Indian-American in June 2012. He was also shown in compromising position with an actress in a video footage. Needless to say that the exposer of the video was arrested on false grounds and the rape victim is yet to receive justice.

Association of Swami Agnivesh, an Arya Samaj scholar and social activist with politics and political figures is quite well known. Swami Agnivesh has been a part of the anti-corruption movement which also led him to his downfall due to leaked videos and his own statements. Nonetheless, he has acted as the decider of the fate of politics in Haryana and in the nation too.

Osho Rajneesh tops the charts when it comes to the fallen people of  spiritual world. Osho was a critique of Gandhi and institutionalised religion. He advocated a more open attitude towards sexuality which earned him the title of “sex guru”. He emerged as the perpetrator of the first bioterror attack in the US history when over 750 people were poisoned through the deliberate contamination of salad bars in the local restaurants of Oregon by his followers to rig the elections of 1984.

Chandraswami was a tantrik whose closeness with former prime minister PV Narsimha Rao served him well. He was not only able to swing in money through several financial irregularities, he was also accused of defrauding a London-based businessman of  $100,000.His role in the assassination of former PM Rajiv Gandhi is also under scrutiny.

The political scenario of the country has forgotten that they need to work towards protecting their country. The political class is so busy playing the game of votes and seats that it finds no moral responsibility towards the people. Rather than believing on social service, they have become guardians of such godmen gifting them acres of land and money for their dubious ashrams.

But they need to know that the unsettling politics is harming the country to its core. We are into a era of financial and social tornadoes which are uprooting people’s faith. Once they fall, no godman can save it.