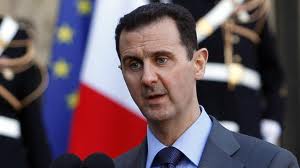 Speaking at the UN Friday, the secretary general said a UN report next week would provide “overwhelming” confirmation that chemical weapons were used in Syria.

Ban accused Assad of “committing many crimes against humanity”, but stopped short of blaming Syria’s government for the alleged chemical attack near Damascus last month, The Telegraph reported.

“Therefore, I’m sure that there will be surely the process of accountability when everything is over,” The Telegraph quoted Ban as saying.

“I believe the report will be an overwhelming report that the chemical weapons were used,” he said.

The secretary general also gave a UN estimate that 1,400 people were killed in the attack at Ghouta, east of Damascus, the report said.

Meanwhile, John Kerry, the US secretary of state, said discussions with Russia about putting Syria’s chemical arms under international control were “constructive”.

“We would both agree that we had constructive conversations regarding that, but those conversations are continuing,” the newspaper quoted Kerry as saying.