Ruthless world leaders – No guts, no story. Our World leaders have lived by this and rose in power.

They thrived in power, executed all misdemeanours to keep the power to themselves, that is to say terrorizing and massacring scores of innocent people for their hedonistic pursuits. Their hands are bloodied and hearts as cold as ice. But no one escapes Karma’s sight and it finally makes sure they meet their destines end.

So, here are the 10 ruthless world leaders whose ends were definitely not fairytales:

Joseph Stalin mercilessly subdued his political enemies and brought down opponents during his tenure. Approximately, 15-20 million people have died in the penalty labour camps known as the gulags. During the great purge 1930 too he massacred many people. Stalin was killed after having a major stroke on March 1st, 1953. 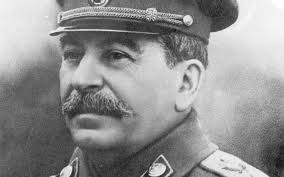 He cold bloodedly plotted a systematic racially based genocide of approximately 11 million people among which 6 million were Jews. He was also responsible for World War II when he attacked Poland. Hitler committed suicide by a gunshot on his forehead along with chewing a cyanide capsule to avoid being captured by the Soviet Red Army who set foot in Berlin. His corpse was burned as per his wish. Francisco Franco administered a repressive dictatorship from 1939 until his death during the Spanish Civil War. He was responsible for an estimated number of 200,000 casualties. Also, several military tribunals that followed the war killed thousands of more people. Franco was afflicted with Parkinson’s disease on October 30th, 1975 during his late 70s which pushed him into coma and he had to be put on life support. He died on November 20th when he was 82. He was the Chairman of ‘People’s republic of China’ and defended their authoritarian actions on the common people. During the time of 1949-1953, he ordered 4-6 million people to death by sending them to ‘reform labour camps’. His policies were the reason why 49-78 million people perished miserably. Mao was a chain smoker and grapevine also has it that he had Parkinson’s disease along with Lou Gehric’s disease. A massive heart attack on September 5th sent him into coma and he died four days later on September 9th. His body was later embalmed and maintained. His reign spanned for 46 years. In this communist regime, Kim segregated North Korea in unimaginable measures from the outside world. He caused around 1.6 million people to die. He suffered a major heart attack and died in 8th July, 1994. 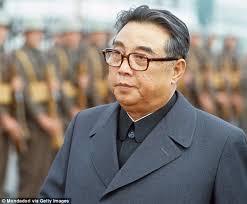 In his pursuit to tame down the Baath Party, he almost carried out a bloodbath and filled his prisons with political prisoners. One of his most brutal acts was raining poison gas on the northern Kurdish village of Halabja in 1988 which killed an estimated 5000 of his own citizens that he suspected to be unfaithful. In this bargain 10,000 more people were wounded too. The U.S forces captured Saddam Hussain from his ‘spider hole’ in December 13th, 2003. He was booked under multiple charges and was sentenced to be hanged until death. 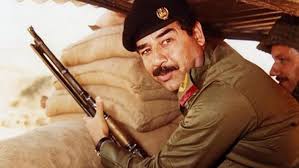 These are ruthless world leaders – They met what was in store for them. They committed sins with impunity but had to pay for it eventually nevertheless.