Weirdest experiments – Medical Science has scaled a phenomenal height with the discovery of DNA and the mapping of the genome. Through this unprecedented discovery, we could find ways to curb the genetic diseases besides tracking down the vulnerable places where they can occur.

Also, the cures and prevention of these diseases have been unearthed. Genome has its applicability on varied medicinal usages and scientists are breaking new grounds with the advancement of their research thereby optimizing the fortunes of humanity.

But then there are scientists with relentless sarcasm who splice genes just to see what happens when the experiments create frankenstine-esque animals and plants.

Here under are such top 10 Weirdest experiments with nature that has been done thus far.

Well, not all of us cotton to cabbage and these are the diet staples of Eastern European styles. The nondescript stews are filled with this cheap vegetable but Oxford Institute of Virology created a Cabbage that contained the ‘Venom’ as natural pesticide. Scientists sprayed Scorpion venom on the Cabbage fields and incorporated it in the Cabbage itself which led to a friendly pesticide out of Cabbages. Whoa!

These GloFish are not organic but genetically designed to glow in the dark, they just look pretty and apart from that there are no practical applications of them. But another special feature about them that they were pollution detectors, they would glow helpfully if came into contact with a pollutant.

Grapes and Apple have been combined to create Grapples. Both of these fruits were merged into one to help kids enjoy Apples with Grapes in one bite. Grapples have the distinct sweetness of both Grapes and Apple and these are healthy to say the least. 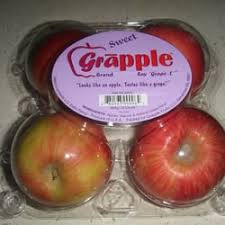 This was the first genetically engineered food which was approved by the FDA also. Calgene were the makers of this type of Tomato which have more shelf-life. However, this ground breaking discovery has failed officially. 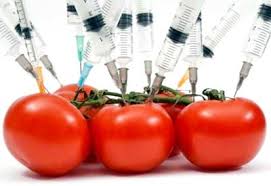 Mice are fast creatures by default but researchers at Laussanne College prepared the super-mice who could run twice as fast as the regular mice and way healthier, stronger and faster to say the least, they are more resistant to the cold also. If this theory can be applied to humans, unfriendly nations can create super-soldiers too so the chances of catastrophe is feared the most. Who knew Bananas could double up as Hepatitis-B vaccine? But it’s true. These Bananas were genetically modified to fight this life threatening disease in varied countries where traditional vaccines are arguably unsafe. The sapling is injected with virus and the genes from the virus becomes a part of the sapling’s DNA which infuses it with proteins. If someone eats this banana, his body would produce natural antibodies and raise a resistant barrier against the virus. 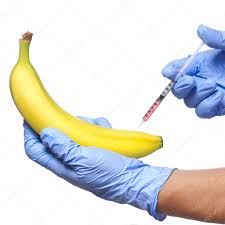 This is what happens when someone messes with the DNA. Chinese scientists have spliced human DNA into cows so as to make their milk more like human breastmilk. Ugh! 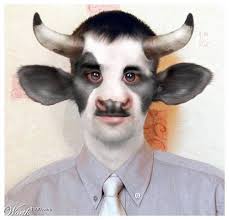 These are Weirdest experiments – Well, that’s how scientists roll!