Weird Habits of These Rich and Famous People 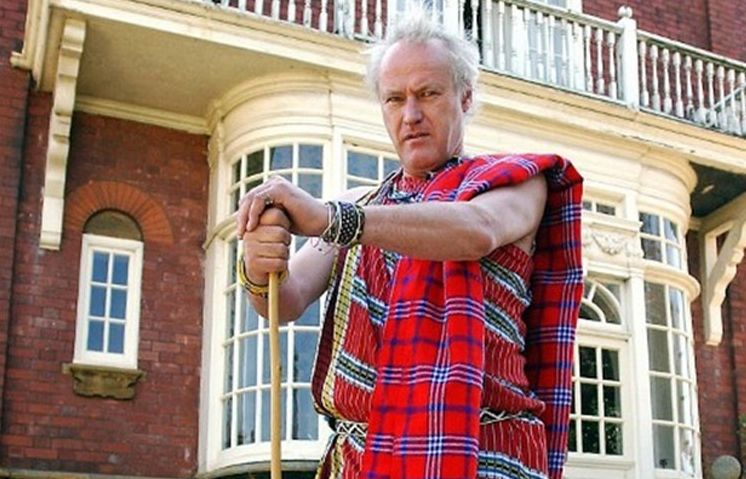 Weird habits of people – There is a saying that all successful people are mad at some point.

Going by that, there are some instances of rich and super successful people who nurtured some weird habits or preserved some weird things that are really awe-inducing to know. If you hair-split and try to find logic, you may be end up disappointed but that’s that. What’s more some of the objects that they chose to live with were out-and-out dangerous but they were undaunted.

You may call it an eccentric behaviour too as psychologists do, but the celebrities had no qualms in exhibiting their prized possessions. It’s a surefire sign that their brains work in a way different direction than us which is why they are famous.

Here are some of such Weird habits of people examples that should make you uncomfortable:

Charles Dickens was afflicted with OCD (Obsessive Compulsive Disorder) which made him fussy about everything around him. He was known to comb his hair several times a day and rearrange his furniture in his room for no reason. He even slept facing north spreading his arms in equal measure to the edges of the bed. He had a strange belief that it would make him a better writer. 2.King Brothers lived in poverty irrespective of being billionaires:

They lived on a ranch log cabin without indoor plumbing or electricity with millions in their bank. The Maurice and Harold King brothers moved into an Alberta ranch in the year 1925 taking only 5 dollars in the names. They never used their enormous wealth for a hefty lifestyle and died like that only respectively at 1995 and 1996. 3. Graham Pendrill moved to Kenya and joined a tribe:

You can go WTF hearing this but it’s true! Graham Pendrill, a USA born, visited Kenya where he helped the Masai Mara tribe to deal with the existentialist issues. The tribe inducted him a senior of them as a show of gratitude and made him drink bull’s urine and given a tribal name Siparo which means “brave one”. As a result, he donated all his money to charity, sold his 12-bedroom mansion and moved to Kenya to live in a mud-hut and share his life with the tribe. 4. Nikola Tesla was in love with a pigeon:

Nikola Tesla was one of the greatest scientists the World could have. He was into generating radio, robotics, radar, home electricity and almost everything that you have in your home. Strangely enough, he was obsessed with number three and walked around a house three times before entering it. He was in love with a pigeon and defined it as a love between a man and a woman. Tom Hanks was adept at collecting vintage typewriters, no matter how bizarre it sounds. Obviously, typewriters are archaic at the age of computers but it didn’t bother Hanks anyway. He is known to own at least 300 of such kind because he thinks that writing on a typewriter sounds better than typing on computers. English literary icons and strange pets are no secret to the World. There is no denying that Lord Byron was one of the finest English poets who joined the Greek War of Independence on 1820s and fought off the Ottoman Empire. He was an animal lover and wanted to keep a dog in his room for but was barred by the University of Cambridge. But he rather played smart and kept a bear in his room because the rules were specific for dogs only. What’s more, he took the bear out for walk scaring the shit out of other students! 7. Joseph Stalin was obsessed with Stool:

The former leader of Soviet Union was a huge believer of the occult. He would understand people’s characters by examining their stool in a laboratory. When Mao Zedong visited Moscow in 1949, he arranged for examining his poop by disconnecting the chaiman’s toilet from the sewers and reconnecting it to secret boxes which means he literally stole Zedon’s Poop!! He believed that lack of potassium in the stool was a sign of nervous disposition and high level of amino acids meant the person was cool and amicable. 8. Gunther 4 was the richest dog in the world:

Gunther IV inherited his mistress German countess Karlotta Libenstein’s fortune worth $106 million which is now synonymous to $375 million. He bought a Miami Beach mansion from Madonna worth $7.5 million. Also, he won a $1,500 white truffle in an auction. In my next birth, I want to be born as a millionaire’s god dafuq! These are the weird habits of people – Surprised much?