8 Signs That Prove You Are Dating a Psychopath Dating a psychopath – Psychopaths don’t always belong to mental asylums, at least one percent of them are on the prowl for sane people in the human society.

Dealing with a psychopath is synonymous to slow poisoning your mind and ending up losing your peace of mind. The main problem with a psychopath is that you won’t be able to size them up by their appearance for they look exactly like us, and behave normally too to say the least but what makes them stand out is that they don’t have a conscience.

They are harmful and remotely apologetic about it.

So here are the ways you can absolutely know that your significant other is a bona fide psychopath:

He spends his life trying to mimic normal human emotions without feeling it, neither experiencing them. They can cold-bloodedly exploit your compassion, love, trust and forgiveness. Once they figure out you’re vulnerable, you will be the immediate target.

He is friendly, extrovertedly charming and appealing to others but in a balanced measure. But those who unfortunately grow camaraderie with them, nightmares start to unfurl for them. They are adept at playing sinful mindgames thereby setting your life into chaos. 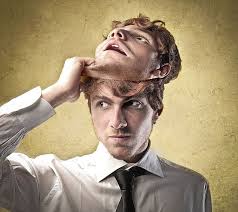 A psychopath becomes your mirror. He wants to establish an immediate bond with you hence starts to reflect your hopes, dreams and insecurities, love-bombs and flatters you and says how much you have in common and how much they love you. You will be showered with songs, compliments, poems and inside jokes only to be left disillusioned later. 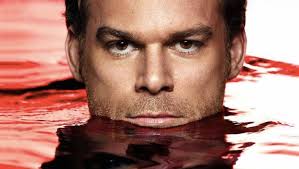 4. They make you cower into their sympathy stories:

They are poles apart from what the television embody, an arrogant narcissist with a huge fortune. They will look cute in real life mentioning how their abusive ex has wrecked their lives and still holds on to them. They will say they want peace and quiet but with situations unfolding, you will sniff more drama around them. 5. They set up love triangles:

This is another means to manipulate you. Once you have bought their story and fallen for them, they will bring surround themselves with ex flames, potential lovers and anyone who seems to provide them the attention they want. This may include the series of people the psychopath has condemned citing you to be superior to them just to prove how high in demand they are. They will refuse their manipulative behaviour and always play the victim card. They will fabricate facts but once you catch them, they will disapprove of all the evidence putting up a resistant barrier. Because they are toxic, they will abuse your reactions for aggravating their anger. 7. They will withdraw all the attention they provided you abruptly:

They are easily bored. In the first leg of the relationship, they might have bombarded you with admiration and nonstop attention, but they become bored with you pretty easily. Even if you want to continue the passionate relationship with them, the one they have created, they become annoyed. 8. They make you hate yourself:

You are struck by panic and anxiety replaced by the love and compassion you felt for them. You start doubting your own emotions and gasp to find out your easy going self. You end up your entire life in this bargain, frustrate, exhausted and failing to understand yourself. These signs show that you are dating a psychopath – Encounters with a psychopath is like drowning in a bottomless hole and you are robbed off your mental peace eventually.