Asifa, the nomad girl loved to graze horses to the forest near her home in Rasana, a quiet village in Kathua district for which she regularly frequented the forest. The Hindus over there is in constant pursuit to extricate the Nomad Muslims from the piece of land hence targeted the girl whose milk teeth was yet to fall out. Asifa’s one may just seem like another case of sexual violence which created momentary ripples in the International media but the measure barbarity of the crime bore a hole in our hearts.

The predators were in the lookout for the right time to kill the girl, who was taken to a culvert in front of a temple where she had been held in captivity before being gang-raped, strangulated to death, what’s more, the miscreants even hit her head twice with a stone to make sure she was dead. Asifa was picked as a target by Sanji Ram because she often came to the forest for horse grazing.

When her body was found, it was a horrific sight for her mother to watch because she had scar marks on her cheeks and her lips were turned back from strangulation with eyes bulged out. Now that graphic description that scares you out of your wits, we can’t begin to imagine how the gutted mother had survived the sight whose youngest child was Asifa. 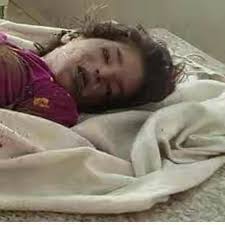 Feeling uncomfortable? We did too. We have seen this a lot in movies, back to back, but little did we imagine an 8 year old girl too will be a prey of this unscrupulous rigmarole.

Seems like making the world a better place is still a distant dream now.