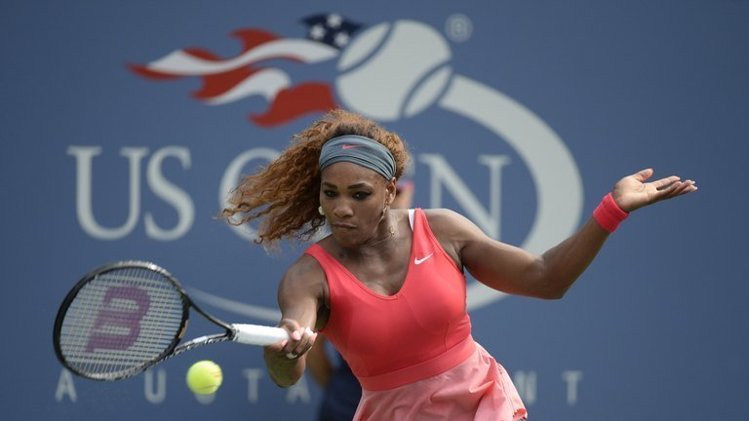 Murray Ousted! The most astonishing thing about Murray’s loss was that his defeat was in straight sets without showing any signs of fight.

Murray Ousted! Yes that’s right, Defending Champion Andy Murray has been stunned by Swiss Stanislas Wawrinka. The most astonishing thing about Murray’s loss was that his defeat was in straight sets without showing any signs of fight. Wawrinka has reached the last four in a grand slam event for the first time in his career. Novak Djokovic is through to the semis and will meet Wawrinka in the last four.

Bryan Brothers Juggernaut at Grand slam events in 2013 has been halted by our very own Leander Paes and his partner Radek Stepanek. With this win, Paes and Stepanek have now reached the finals of the US Open men’s doubles event. Leander Paes has already won two US Open men’s doubles titles. Last year Paes and Stepanek had lost in the finals of the US Open to the Bryan Brothers.

Sania Mirza and Jie Zheng have been knocked out of the US Open in the Semi finals. That leaves Paes as the only Indian left at the Flushing Meadows.

In the first semifinal of the day, 2nd seed Victoria Azarenka will face the unseeded Flavia Pennetta. Interestingly, Pennetta leads their head to head with 2 wins and 1 loss. However, one of the victories was a walk over win over Azarenka earlier this year at Wimbledon as Azarenka had suffered an injury. On hard courts, Pennetta beat Azarenka in 2011 at the Dubai WTA event. Pennetta has been in unbelievable form at this year’s US Open. She has not dropped a set so far while Azarenka already had two matches that went to 3 sets. I would expect this one to be a three set match but Azarenka will be able to pull this one off and reach her second successive US Open final.

In the second semifinal, defending champion and top seed Serena Williams faces 5th seed Na Li of China. Serena Williams has been in an astonishing form this year at the US Open. She has bulldozed her opponents with authority. Not only has she not dropped a set, but she has lost only 13 games in her 5 matches so far. Now that’s what I call a dominating performance! Na Li has also had a good tournament having dropped only 1 set so far. In the ten matches played between the two players, Serena has an over whelming lead with 8 wins. Serena has won all the encounters on hard courts as well. Serena is looking to win her 17th Grand slam in women’s singles and looking at her current form, she may just win it.

The day does not end for Serena over there. She will take to court again, after sufficient rest of course, with her sister Venus Williams to face the Czech pair of Andrea Hlavackova and Lucie Hradecka in the women’s doubles semi finals. Serena is looking to win her 14th Grand slam in women’s doubles. She is undoubtedly one of the greatest women’s players of all time!

We are now at the crucial stage of the tournament. One bad step and it could mean an exit as we saw with Murray on Thursday. As per current form and seedings, Serena and Azarenka should be able to pass through their opponents and set up a rematch of last year’s finals, let’s see if that is indeed what happens on Friday.