What Was The Main Objective Behind Shiva Bhakti? Lord Shiva has been the origin of Yoga who is supreme of the ascetics and yogis. The main objective of the Shiva Bhakti is the Yog and meditation. The creator of the universe who has created the world has endorsed the beliefs of Shiva Bhakti. It is the intense attachment of a human mind to the supremity of God.

Tantra and Yog are two of the main objective for the Shiva Bhakti. Tantra is not popular but the Yoga has been gaining importance year by year. The bhakti towards the Lord has been diversified into different types. Shaivanism, that is the combination of the Vaisnava tradition with the Shiva-Shakti traditions.  And followers of the Shakti are known as the Shaivas. Shiva Bhakti and the Shaivas

Shiva, the creator of the universe is one of the three Gods. They are Brahma, Vishnu, and Maheshwara. The Shaivas have increased the popularity of Shiva Bhakti. They are dedicated to worship with Shakti and Shiva. The main objective of Shiva bhakti is to metastasize the basic influence of the powerful Lord. The Shakti tradition has to focus on the denominations that can bring a change in the lifestyle of a person. The response to the devotees has been fruitful relating to progress, peace of mind, and physical health.

Among all the supreme lords the Adi Dev provides the freedom to express their feelings and emotions. It ensures the tolerances and anger that are acceptable for the devotees. They are given the freedom to thoughts and way of living. It does not bind their devotees under strict rules or conditions rather helps to pick the path of wisdom through yoga. 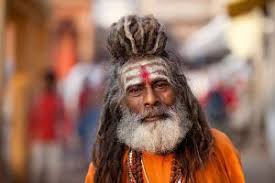 It can be in the month of Shravana, or a pilgrimage to his place Uttarakhand. The followers of Shaivas sincerely visit the places to offer prayers to the SHakti. Maha Shivratri is the festival for those who want a dedicated husband like him. Each year they celebrate Shiva Ratri and worship by fasting and bathing with milk on the Shiv Linga. Hindus worship the Lord of Shakti that is unconventional.

Meditation or Yog, is another way of expressing the way of Shiva Bhakti. The increase in Self-esteem, developing the strength of mind and physique of a human body is the part of worship that was created by Lord Shiva. It is one of the ways to connect the mind and body to the supreme creator of the Universe. Nataraja, worshipping the Lord of Dance is another way of expressing the Shiva Bhakti. From ancient years, the form of dances and traditions has given power and wisdom to worship as a devotee. Shiva Bhakti is considered one of the greatest ways to worship Lord Shiva. Devotees worship in different forms but the motive to pray focuses on one Lord.