Radhe Krishna: Why Radhe’s Name Is Important Before Lord Krishna? While remembering the holy name of Lord Krishna, it is mostly taken after the name of Radhe. “Radhe Krishna”, reminds us of the eternal relationship between Lord Krishna and Radhe. He had 8 principal wives but had a special gesture of respect and love for her. It is one of the reasons that the Radha name is popular in Hinduism.

According to Vaishnavism, it mentions about devotion towards Lord Krishna was the greatest of Radhe. Despite several difficulties and hardships her dedication and devotion were alive. She stands and personifies the intensity of devotion towards the Lord. 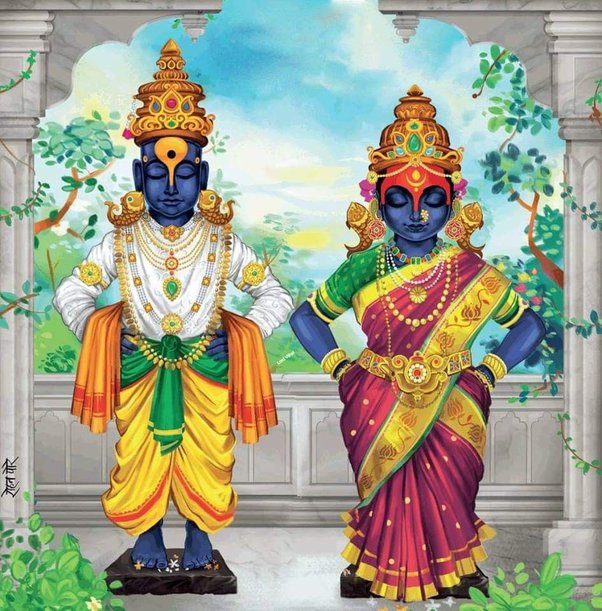 Not Rukmini but Radhe Krishna are worshipped

Krishna one of their favorite wives was Rukmini but while worshipping it is the idol of Radhe and Krishna. When comparing with other God and goddesses, Shiva and Parvati or Lakshmi and Narayan it does not shows any similarity.

Somewhere, it is the power of the masculine that is observed when matching the idols of Radhe and Krishna, not Rukmini. As the avatar of Rukmini is described as the avatar of Lakshmi, it is her incarnation being the wife of Lord Krishna. But Radhe’s influences as a selfless lover, without bothering about age, status, and the community itself made her the epitome of love.

Her selfless love itself was Karma, she was dedicated to her duties for Lord Krishna and her devotion. It was a kind of meditation that delivered a sense of self-realization and duty toward Lord Krishna.

Creation and celebration of love in the Raas Leela within the forests of Vrindavan was due to the devotees Radhe. Lord Krishna had realized her dedication towards him, that despite of being married she could not stop herself.  The beautiful vibes and music of the flutes attracted her to run to Gopal despite of society and community restrictions.

Radhe was elder than Krishna, so it is believed that he wanted her name to be taken before his name is taken. Her passion and support were strong that did not shatter due to the restriction of age, or dharma. Vrindavan place to worship the love of Radha and Krishna

While roaming around the streets of Vrindavan the greeting of Radhe Krishna is heard. When in the town, the seamless and eternal love of Lord Krishna equally for Radha can be realized. As in mythological books, it is mentioned that he feels accomplished when her name is taken before him. The love and affection of Radhe have given him the pride to show the world about their selfless bonding.

The evergreen Raas Leela is still a festivity, people and her devotees take pride in greeting each other as Radha Rani.

Lord Krishna wanted her favorite Gopi’s name to be famous, it is the reason that Radha Rani’s idol is with him. So, their devotees pray to them together and greet Radhe Krishna. A gesture to show the world and the religion the meaning of love, eternity, and happiness that they had created through their guilt-free relationship surfaced with trust, dedication, and support towards each other.