Why Unwanted Motherhood Is Never Healthy For Relationships? Motherhood is a role that a woman plays after the birth of a child. The journey of motherhood is a life long after the child is born. But with the responsibilities of being a parent their other surrounding roles that a woman plays. Apart from being a mother, she has her own identity. With the different changes that are not possible for all women to accept being a mother. Life is filled with challenges, few want to accept it while some want to stay away for time being or may be lifelong. So, motherhood is an inner feeling that a woman develops which gives a satisfactory life. On contrary, unwanted motherhood may bring an alternate environment at home that is never healthy for relationships. May hamper relationship with the child and family

Being capable of giving birth to a child to prove the society is baseless unless a couple is prepared to have a child. If a mother is not ready to have a child can hamper the relationship with the child. No desire to take care of a newborn baby, feeling unhappy to be with the child when being for long hours. Yelling at the child for a reason or without any reason cannot be good for relationships. The growing irritation slowly affects the relation of family members too.  Depression is a common sign of post-pregnancy with ignited by unwanted motherhood.

So, it is always essential to know and consult before accepting pregnancies. Often mothers accept it, and as a result, the entire family suffers including the newborn baby. It destroys the happiness of the relationship.

Both mother and child can face health issues. Unwanted motherhood has never been good for the child’s health. As when a mother’s mind does not support herself it can put the child and mother under anxiety or stress. There is a lack of interaction between them. The child due to lack of proper care may have to suffer from depression and poor physical health.

Parallelly the different raising issues develop a sense of insecurity in both mother and the child making life complicated. In such a situation, the mother has the chance of developing the risks of so-called maternal depression as well as a feeling of insecurity. 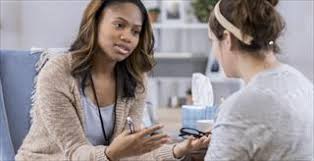 Lack of responsibility for the child

When the connection is less or not found it is possible that the parents lack their duties and responsibilities. The limitations grow with the reduction in their child’s growth. The rising of a child also becomes complex for the parents. In long term, the children are found to have various mental problems due to a lack of connection with their parents.

Unwanted motherhood has been a critical issue when it comes to deciding to choose between the time period of career and being a mother. Those who are convinced to accept motherhood over career or any other priorities can be better parents. Or else it can be difficult for them from their early life to the rest of their life for both mothers, children, and family.