What Are Blue Rooms? How Does It Increase Productivity? The color blue is itself a gesture of positivity and creativity. It is one of the reasons that most people feel comfortable being in blue rooms. The rooms painted with light shades of blue are considered the best for developing positive ideas.

The color of the sky influences and soothes the eyes of the people. Wearing clothes of soft blue colors itself gives a person freshness and connectivity to nature. The blue color itself calls for calmness and those who preferred the color are believed to have greater peace of mind and tranquilize.

Those who have less patience, always surrounded by problems and issues have a puzzled mind. So if the magic of blue color occurs then a person will find the positivity growing slowly inside. 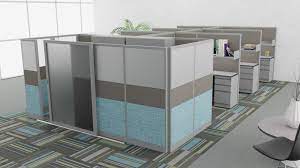 There are many e combinations of colors that include soft and bright for the painting houses. Still, there remains a preference for colors that can develop peace of mind and reduce negativity. It is the reason that people prefer blue rooms which are considered the main space of the house. Though each house has its own important spaces they have different roles to play. But there are some special and preferable spaces that people want to establish as the reason for progress.

The color blue can develop productivity

Any space for studies or workplace at home read the touch of blue color. Even in office spaces the topmost caverns and workplaces are mostly inclined to color in blue. The main reason for having low rooms as it acts as a center of focus enabling increased productivity.

In a recent study from 2009 at the University of British Columbia, it has been observed that employees working in blue rooms are highly creative. It helps them to improve their cognitive abilities and produce better work. The computer streams on the mobile screens are available with the safeguard of blue screens. This is because it reduces the pressure on the eyes and enables the brain to concentrate on the work. The importance of the blue color can be easily realized if it can be exemplified through Oceans and blue seas. The feeling of nature tranquil itself develops peace of mind and soul. Similarly, the blue rooms are developed with the focus of developing the peace of mind that can increase productivity and positivity in a person’s life.

For all age groups from kids to an adult, the importance and necessity of being surrounded by blue are never-ending. The vibes that are produced give an openness to explore and work on the results. Apart from the relaxation and Peace of Mind, the blue rooms need minor addition of an opposite color. It is to avoid the senses of excessive relaxation that can destroy concentration.

There may be many combinations with the mixing of paints of blue in different proportions. But, the essence and need of the blue rooms are traditional. The application of the color has not been yet destroyed due to its benefits that help in increasing productivity.