Television Makeover – Home without television is beyond imagination no matter what may be the price or size almost, individual house has a television, it is an amenity and mode of entertainment for years though few has become vintage items last was the set from 1980.

1980 television has become an antique piece, still, you can find this television as a showpiece or a display on showcase or racks.

Antennas were used in order to catch in the proper satellite and at there were no other options then Doordarshan. In order to change the channel, you had to rotate the channel button clockwise or anticlockwise.

Volume, brightness and contrast few options present on the vintage piece. Yes! One more important thing was black and white television, while if you had color television during 80’s then you are a rich man. Thinking of relaxing back on sofa changing and watching channels according to your desire, No! that wasn’t possible. But yes it was the beginning of era to introduce various entertaining programs which actually turned to work during 1990.

An upgraded version of the antique piece television in 1990 is present in few tables of grandpa’s and grandma’s who do not want to see any change or replace the televisions of 1990. A change was seen in this decade while the push buttons were introduced.

FCC push buttons to open the television screen, changing the brightness and color accordingly and watch your preferred channels especially on Sundays watching “Mogli the jungle book”, Mahabharat, for kids “He-man” and the “Disney World”.

Television at this time was a mode of entertainment in India. Hard work receiving the proper satellite was almost less and comfortable to control television over the remote control. 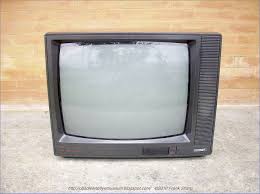 2000 was the decade of the greater revolution and launch LCD, LED television. The sleek shape of new proforma of television sets.

No doubt remote control, with a large and clear display, the cathode ray tube has been replaced by the LCD television. 24 hrs of dish antenna services has made the entire scenario to be more entertaining and relaxing for the viewers to watch, hang on a wall or place it on shelves whatever makes you relax and watch the television.

The lively and realistic display characteristics are found in HD LCD, LED and Plasma sets of television.

Easily connect to the Bluetooth or internet, operate any way you like listen and see whatever you want, wide ranges of channels are possible for us to watch again divided into different categories.

Pondering around with the antenna to get one channel properly without any disturbances is over, an introduction of satellite for televisions and broadband has removed the issue with improvements in home theatres. 2018 working on the ultra-thin models of television larger in size with 4k ultra HD versions that will no doubt provide more realistic pictures that you can enjoy relaxing on your beanbag. These are the Television Makeover – Above changes and development in the television series has to lead us to believe enormously in technologies, one might not be able to think beyond this changed television configuration, it is assured that coming decades will optimize on higher grades to think great and bring great to this once called “Idiot Box” material.