Hinduism is one of the popular practices for religious beliefs. Apart from India, there are certain countries worldwide that practice Hinduism. One of the countries is China youth The religion practiced in China is Buddhism but apart from it, the youngsters have to trust the Hindu religion. The reason is the connectivity between both religions, as well as the intense spirituality and wellness. It is one of the reasons that youngsters are following Hinduism but through Buddhism. The widespread practices of yoga and meditation have been increasing in China. The youngsters of China are focussing on Meditation, chanting, and Yoga. Spiritual involvement has been the main reason to accept the practice of Hinduism. Increasing the concentration through yoga, reducing stress and anxiety to developing inner strength by chanting.
Altogether ensures healing of the mind to peaceful living.
While speculating on the presence of Hindu communities in the areas of China. The geographical culture shows the presence of cultural ethics around Hong Kong in the neighboring areas.

Apart from the acceptance of spiritual beliefs, there is also a presence seen in their culture. Hindu temples and religious places depicted with the images of Hindu Gods and Goddesses are evidence of their ancient existence. The evolution of Buddhism was from Hinduism, which branched from its roots.
Mandarin is associated with the dialect years and has its origin in Sanskrit. It was in the time of the 6th century that the presence of Hindu religion was practiced but later the major diversified into Buddhism. Inspired due to the extreme benefits of spirituality it is the common practice followed by youngsters in China. 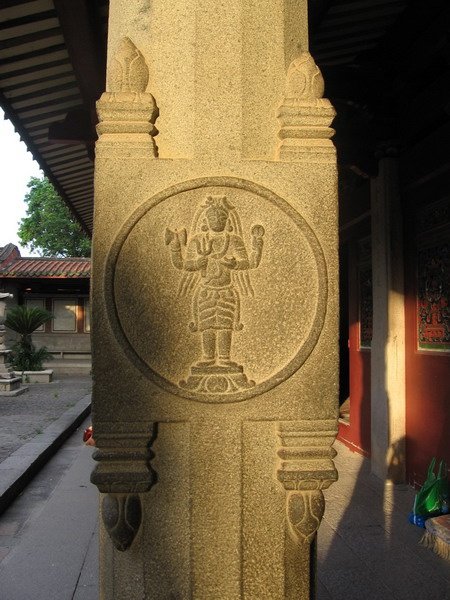 Influence of Literature and Hinduism

The influence of Literature and Hinduism in Chinese culture has shown the basic need for well being of people. Structures and statues of Yogis, along with yoga poses are witnessed in China. Closely looking into the statues and scriptures of the temples defines the Hindu religion.
Two of the popular scriptures found Mahabharata and Ramayana, are evidence of influences. Verses of the epics are discovered from the archeological writings. The images of Hindu Goddesses and God are depicted. So, somewhere the literature also shows the roots present in the lap of China.
China youth searching for a healthy lifestyle that includes meditation. As it gives a healthy lifestyle for both mental and physical health.
Despite of busy schedule overlapping with stress and anxiety, meditation gives core strength.
Apart from it, yoga’s benefit is mentioned both in Buddism and Hinduism. The practice is not only among youngsters but also among kids. To attain better health, reduce heart problems, and increase mental peace.
Improving fitness and balancing the work-life, youngsters find the spiritual practices as stated in the Hindu religion advantageous.

Cultural fusions between Hinduism and Buddhism are observed in the regions of China. The major emphasis of the youngsters of China is on wellness and spiritual living. Irrespective of religious impact on the culture and their people.