PM has no last word: BJP 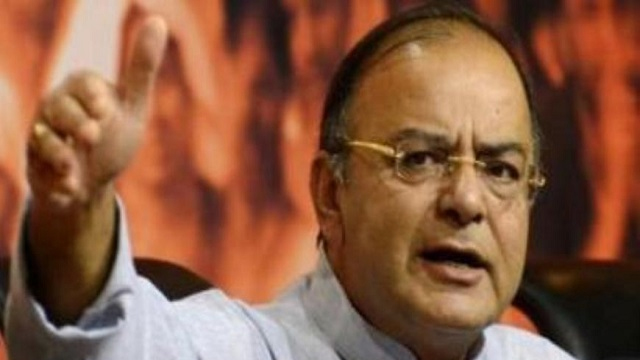 Jaitley also criticised Congress president Sonia Gandhi for her iron grip on the government despite remaining outside which has resulted in “structural defect” in the governance.

He, however, did not directly name the two Congress leaders.

“Majority of prime ministers in our country had weight in their suggestions. They had the last word in the governments because in any democracy prime minister is accountable. In this rule of UPA (United Progressive Alliance), this did not happen,” Jaitley said without referring to Singh.

Speaking at a seminar, “India 2020: Challenges Ahead”, he blamed the “policy paralysis” in the Congress-led UPA government for the current economic crisis in the country.

“Prime minister is the natural leader of the party and the nation. His suggestion is the last one in a government. A prime minister should be the person who has enough political stature and political experience,” Jaitley said.

The leader of the opposition in the Rajya Sabha said Sonia Gandhi holds a large sway in the government’s decision-making process and no cabinet minister can question her authority.

“An advisory body (National Advisory Council) is formed outside the government and the influence of a particular person grows so much that ministers have to bow before the person as her word is the last word,” he said without referring to Sonia Gandhi.

Gandhi, the UPA chairperson, is the head of the National Advisory Council.

Advisory has no accountability to parliament, he added.

He questioned the success of UPA’s flagship National Rural Employment Guarantee Scheme, saying the programme did not create any assets.

“In the past five-six years, around Rs.two lakh crore was spent on job creation scheme and there is no asset creation. Nobody can question this,” he added.