Oil to save India economy – These days, India’s growth has become very slow, it seems that there is break imposed on our economy and the major reason behind this is the continuous decline in the value of rupee and the rise in crude oil prices on daily basis in the international market, due to which prices of petrol and diesel are skyrocketing.

Experts believe that there is no hope of any relief in the coming days, in this case, there is only one option to save the country’s economy that the consumption and import of crude oil should be reduced. Oil to save India economy. Increasing prices of crude oil and falling prices of rupees have raised the problems in the ways of Indian development. Its consequences can be easily seen in the economy. In such a situation, the government is thinking about reducing the import of oil, because in the current scenario there is no other option to deal with this crisis. India imports 81% of its requirement of crude oil. The maximum amount of Oil in India comes from Iran, but since the US sanctions Iran, importing oil have become difficult for India and the impacts of this restriction are visible on oil prices.

You will get disappointed to hear that in the coming days, there is no hope of relief from it, there is only one way that we reduce the consumption and import of oil to save India economy 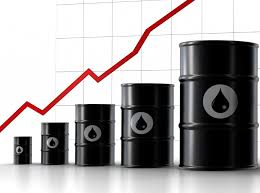 Oil to save India economy – However, reducing consumption and import is not a permanent solution, because there may be a shortage of oil in the market for so many days, but at the same time for a short time it is the best option, the imports can be reduced by a few hours and the economy can be saved.