Interesting Facts About India As BRIC Countries And Its Prospects 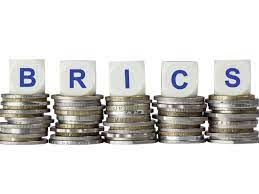 BRICS is an acronym for the countries SA, Brazil, Russia, India, and China. These are the countries that have been taking initiative to develop the economy of the respective country. Among all the Asians are showing strong changes in their performances in growth. The target of the BRIC is to increase the supplies of raw materials and manufacturing goods by 2050.

The entire goals slowed down with the arrival of the Pandemic but the associated countries including China ensured support to fight the downfall. It was not only in India that the Pandemic has shattered the industrial infrastructure. Apart from it the public health and societal impact due to Covid 19 has affected the economy of the country. Benefits of India As BRICS Countries

Foreign investment has always brought massive benefits to the countries. The access to foreign markets and trades between the countries can create opportunities for bargaining over prices. Also, enable to raise complaints on international business and trade issues. It is a platform for the countries with the potential to grow and support trades and markets on foreign investments.

Emerging new markets and the old trades, altogether BRICS countries was a success since 2009, that builds up a strong foreign market. These five countries have shown a profit beyond expectation with a GDP of $18 trillion. Hadn’t been there the effect of pandemic then it would have helped in the growth rate of more than 5 percent in the upcoming years.

Adapting BRICS is beyond imagination that is supposed to bring an impeccable change till 2050. The target of foreign and market development is to develop potentials overcoming the economic weaknesses of the five countries. Common facts about the countries

The first common fact about the BRICS countries in the development of industrial growth that will help in financial development. The disadvantage of the four countries from the five is the issues of bribing or manipulation in trades and businesses. Russia stands out of the crowd with the highest benefits with strong monetary systems.

The second benefits of BRICS are to uplift the middle-class group. All these countries have a large group of middle-class people. Their involvement in the consumption as consumers will help is great improvements of the economy and financial status. It is expected that the business will increase to about two times of the G7 economies.

Power of India as BRICS

India as BRICS, the participant is considered to have a greater prospect in future apart from China. India’s position or status will slowly uplift with the increase in industrialized foreign businesses. Providing raw materials market and manufacturing is to be long term due to the low price or costing business.

Moreover, India is encouraged by the repeated call from the BRICS that are boosting to reform the economy. Reform of the manufacturing businesses and productions are putting India to new declarations and challenges. Reformations are leading India to act in diversified industries to bring massive development internationally and domestically.