Is Keran incursion largest after Kargil? It is believed to be the largest infiltration bid by guerrillas after the 1999 Kargil incursions that had brought India and Pakistan to the brink of a full-blown war,is going to repeated in the Keran sector of LOC.

It is believed to be the largest infiltration bid by guerrillas after the 1999 Kargil incursions that had brought India and Pakistan to the brink of a full-blown war, although the army says the direct involvement of the Pakistan Army in the Keran sector of the Line of Control (LOC) in Kashmir is yet to be established.

The army’s operation against 30 to 40 heavily armed guerrillas, who entered the Indian side of the LOC in the Keran sector in north Kashmir’s Kupwara district Sep 24, has entered its 10th day on Thursday. Lieutenant General Gurmit Singh, the General Officer Commanding (GOC) of the Srinagar-based Chinar Corps, however, dispelled alarmist media reports that the guerrillas and regulars of the Pakistani Army had occupied an uninhabited village called Shala Bati near the LoC and also some of the army’s empty posts after the infiltration bid.

“I have visited the area yesterday. There is no village involved in the operation against the group of 30 to 40 militants, those made an infiltration bid in the Keran sector nor have any of our posts been left vacant.

“All our posts are intact and the operation against the militants is in progress. The cordon is effective and we will not allow them to escape,” he added. 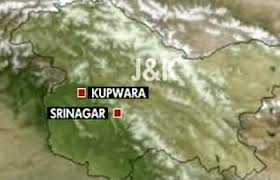 The GOC also confirmed that 15 of the infiltrating group have so far been killed by the surrounding army troops, while five soldiers were injured in the exchange of gunfire between the army and the guerrillas.

“There are some caves in the rocky terrain and it is possible the militants might have made some hideouts in those caves,” the top army officer said.

The GOC said it was premature to confirm the direct involvement of the Pakistani Army in this infiltration bid.

“From the operation that is still going on, the strength of the infiltrators and the multiple points at which they attempted to infiltrate, it is indicated that definitely there were some special troops.

“This is quite different from the trend we have seen in the earlier infiltration attempts.”

The GOC said the incident was a border action team (BAT) operation-cum-infiltration attempt.

“In fact, yesterday (Tuesday) night, another 10 to 12 militants tried to sneak into the area from across the LOC probably to help the cordoned off group of militants to break through,” the GOC said.

According to army sources, a BAT team comprises 20-25 highly trained and motivated guerrillas and these are used by militant outfits and their supporters from across the border to sneak into the Indian side.

While the GOC said all the army posts on the LOC in the Keran sector are intact, he added that the recovery of the bodies of slain guerrillas was not the immediate priority of the troops engaged in the ongoing operation.

“Have faith in your army. We will not allow them to escape,” the corps commander asserted, also dispelling news reports that the army had sought the help of the air force to carry on the protracted operation against the guerrillas.

Pakistani troops have violated the bilateral ceasefire agreement over 120 times this year on the LOC and the International Border in Jammu and Kashmir, generating fear among thousands of families living close to the border in divided Kashmir.

Despite a meeting of the prime ministers of the two countries in New York on Sep 29, tensions continue to rise here as the people of Jammu and Kashmir have hugely suffered because of border skirmishes and three full-fledged India-Pakistan wars since 1947.