Hollywood Movies That Were Based On The Worst Serial Killers !

Serial killer movies – How we wish every serial killers consigned to hell for the ruin they spelled in lives.

Killing someone is the is the most sinister thing to do to one’s family and there are people who take sadistic pleasure from it. Not necessarily they always have a purpose but it order to strike fear in hearts and be at the talking point, serial killers fed fat this unnerving fascination in them. We pray for a rethink to people who are against capital punishment because they unpardonable crime should have no mercy.

However, the style of murder made for saleable Hollywood script quite a few times and here are the Serial killer movies that were based on the most ruthless serial killers of all time:

The killer was Ted Bunty and the character was essayed by Mark Harmon. Ted or Theodore Bunty was an American serial killer who charmed people with his charismatic personality and good looks. He was accused of kidnapping, raping and killing thousands of young women around 1970s. His madness reached such an unrelenting peak that he even revisited the secondary crime scenes to have sex with the decomposing bodies. Killer was Charles Manson and the role was essayed by Steve Railsback. The murderer preyed on his followers as he was on a murder spree. It killed 5 people among which were the actress Sharon Tate. She was pregnant at that time. Killer was John Bunting and the role was essayed by Daniel Henshell. The killer was driven by a whim that he would rid the world of its ‘waste’ which made him to lure other people and made them kill for him. His scheme lasted from 1992-1999 which claimed 11 lives. Eight victims were found dead in acid vats with de-fleshed bodies hidden in a bank vault. The killer was Jeffery Dahmer which was portrayed by Jeremy Renner. His stint of killing lasted from 1978-1991 where he tortured and murdered 17 male victims whom he perhaps raped too. Without stopping only here, he went on to eat their hearts and livers. Hence he was named as Milwaukee Cannibal. 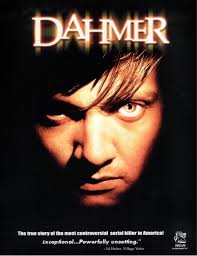 The killer was John Wayne Gacy and the role was essayed by Mark Holton. It was between 1972-1978, he sexually assaulted and murdered at least 33 boys hence fell in the category of America’s most notorious killers. He would even volunteer as a clown in the local children’s hospital and got highly regarded as a model citizen. When convicted, he was known as the Killer clown. The killer was Evan Milat and the role was essayed by John Jarratt. His murderous stint lasted from 1989-1993 when he posed as a confidante to the Australian backpackers offering them a place near the fire and stabbing them to death eventually. He then shot them to the head multiple times. The killer was Aileen Wuornos and the character was portrayed by Charlize Theron. Aileen’s father hanged himself to death in a prison after being accused of rape. Her mother had forsaken her as a baby and she engaged in a sexual act with her brother. She then went on to work as a prostitute in Central Florida. She killed 7 people between 1989-1990 citing that they killed them in self-defence. These are Serial killer movies – So ready with the popcorn bowl already? These movies can surely satisfy your intrigue.