There are a number of popular TV shows like “Agents of S.H.I.E.L.D.” and “Game of Thrones” keenly watched by people — but one thing that goes unremarked is the eternal outfit that they wear in every episode.

There are a number of popular TV shows like “Agents of S.H.I.E.L.D.” and “Game of Thrones” keenly watched by people — but one thing that goes unremarked is the eternal outfit that they wear in every episode.

Here’s a list of the best examples on current shows, which have characters donning the same costume all the time and the reasons why each character’s look hasn’t evolved, reports insidetv.ew.com:

– Ichabod Crane on “Sleepy Hollow”: He awoke from a 200-year nap and his colonial outfit still fits well. Executive producer Alex Kurtzman says that Crane will indeed keep his outfit as a reminder to the audience that he’s a man displaced in time. “It’s like his security blanket. He can never feel comfortable in our world. The minute he gets comfortable, the show is over,” Kurtzman said. – Patrick Jane on “The Mentalist”: Serial killer Red John’s most evil act? Convincing Jane he can never wear a T-shirt. Creator Bruno Heller said that Jane is so haunted by the death of his wife and daughter that he remains stuck in that moment and, therefore, keeps wearing the same suit. 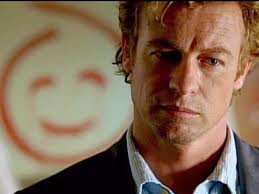 – Arya Stark on “Game of Thrones”: Stark has worn the same tunic and pants since the beginning of season one (though she has vest-like outer-garments that change). Given her personality and hellish storyline, viewers accept that Stark hasn’t had the desire and opportunity to get a makeover. 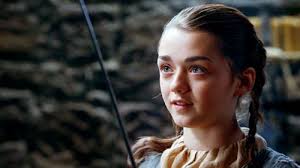 – Agent Coulson on “Agents of S.H.I.E.L.D.”: Even when trekking through the jungle, Agent Coulson is still handsomely rocking his suit. The S.H.I.E.L.D. team leader is a government man and kind of uptight, so we can buy that. “No matter what the situation, Coulson feels most at ease when in his suit,” said showrunners Jed Whedon and Maurissa Tancharoen. “He’s a company man who likes consistency and tradition. And as the series unfolds we’ll see more sides to him including other shades of gray!” 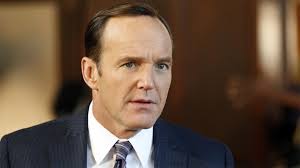 – Most of the “Revolution” cast: Apocalypse drama “Revolution” was slammed for its costumes looking too clean for the first few episodes, but not changing clothes is quite realistic here. The gang is wandering the country 15 years after electricity was cut off and there are no zombies to radically reduce the population. All the manufactured clothing has presumably been snatched up. So, as showrunner Eric Kripke points out, every item must be either hand-made or scavenged from the fallen and wouldn’t you rather have your own filthy clothes than something looted from a corpse? – Jeff Probst on “Survivor”: Contestants, challenges and idols change; the show’s host Jeff Probst’s blue safari shirt remains forever. Probst varies his outfit slightly each episode, but not by much. He had earlier revealed that he had been wearing the same shorts for nine years. His shirts were previously Columbia brand and dyed various shades of blue or green. Nowadays, the shirts are custom made, and not getting voted off anytime soon. 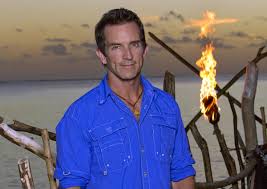 – “Doctor Who”: The doctor has a major makeover every time a new actor steps into the role. But during each doctor’s tenure, they will only have minor outfit variations. Executive producer Steven Moffat said that when he took over the show in 2008, he was determined to make new time lord Matt Smith’s wardrobe more varied. Then he changed his mind. “You find a look that makes that actor feel like the doctor and you sort of cling to it,” Moffat said.