Movies which brought Baseball into light I finally had this opportunity to delve in the realm of the ‘˜less-discussed’ baseball section of the sports genre – three movies, three different decades, same sport, but very different viewpoints. These three movies make it to every ‘˜greatest sports movies’ list ever compiled

Inspirational underdog stories, motivational pep talks, mind boggling feats of athleticism and spirit – sports movies have always had, if not all, most of the right ingredients to tug on the heartstrings of its target audience. This is also one of the reasons, why I find it unreasonable to compare movies that portray different sports. Because just as the qualities needed to excel at the sports are different, even the movies related to different sports deserve individual treatment.

I finally had this opportunity to delve in the realm of the ‘less-discussed’ baseball section of the sports genre – three movies, three different decades, same sport, but very different viewpoints. These three movies make it to every ‘greatest sports movies’ list ever compiled. 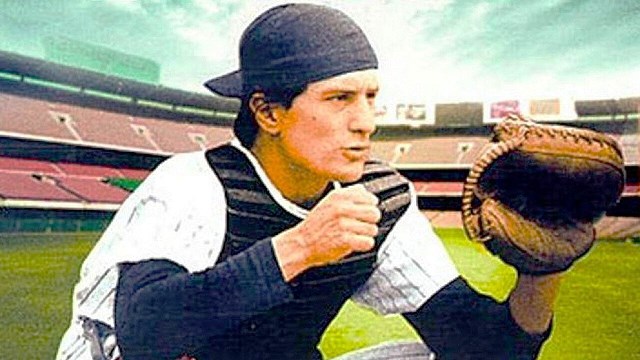 BANG THE DRUM SLOWLY (1973) is the story of a New York based pro baseball team and its players. Henry Wiggen is the cocky star pitcher and Bruce Pearson is the catcher. Bruce is not a star, and he definitely is not a team favourite. During the off-season, Bruce learns that he is terminally ill, and Henry, who truly considers Bruce a friend, is determined to stick around with him during his last season with the club. All through Bruce’s last season, Henry and his teammates attempt to deal and acclimatize to Bruce’s impending situation. The team also bands together to make his last year a remarkable one. THE NATURAL (1984) portrays a middle-aged star with an unexplored past. He comes out of oblivion to take a down and out baseball team of the 1930s to the top of the league table. Finally, MONEYBALL (2011) deals with Oakland A’s GM Billy Beane. He is handicapped with the lowest salary constraint in baseball and loses his star players to free agency. To overcome odds and gain competitive advantage, Billy turns to statistics to analyze and put value on the players he chooses for the team. From BTDS, which deals majorly with the intangibles involved in sports drama, to the Natural, which deals with a single player and his approach to the sport, all the way to Moneyball, that speaks of a GM and his struggle with budget constraints to build a team that can contend for the championship, every movie uses a very different approach to give viewers a peek into the realm of baseball, what its individuals face and how are tough situations handled. BTDS takes the catcher suffering from Hodgkins Disease; surround him with a close friend in his pitcher and a team, to explore tragedy and the human relationship among team players than can develop during times of adversity. The pitcher and catcher generally share great chemistry because they are always together, but here, they are poles apart. Even the team players seem to lack chemistry. But the news of the catcher’s medical condition and the inevitable end bring out a humane side to every man involved and they attempt to bring forward their best side and give themselves a season worth remembering. It is indeed a tear-jerker. The Natural uses Robert Redford in the middle of the game to showcase all that an individual athlete goes through. They show his trauma, his peak and how he reacts, no matter what the situation. His fierce sense of righteousness and love for the game is clap-worthy. We never know when opportunity comes our way, and the Natural tells us to give it all and not give in to the fear of repercussions. To round it off, I saw Moneyball. This movie has the sport at the centre of the cinematic piece. It is hardcore baseball. Yes, there are subtle messages in the movie, but the major focus of the movie is on how a cash crunch is overcome to put a team that battles giants to take home the gold. Brad Pitt and Jonah Hill come together to use numbers, data and statistics to put their money on prospective game-changers and take their team all the way to glory. I wish more could be spoken about these movies, without spoilers. But you just have to see them, to realise, that no matter what the sport or sportsman, there is always a story somewhere.