4 Worlds Top Genocide Wars That Has Left Scars Behind Destroying humanity killing people in mass on base of race, castes, and religion has given rise to Genocide wars. Sufferers were common people under the dominant forces of the armed people. The death and damage to humans have left behind scars in world history. Whenever the violence took place it was mainly to elevate the dominance over the weak and poor people.

History reminds us of the wars that were violent over poor and weak ones. Leading to death, abuses, and violence causing an increase in the crime and breaking of law and order.

Genocide wars in the world history

The frightening and inhumane loss to the people which has shattered world history can be ranked with the mass killing of people. Mass killing and the rate of death along with the crimes in the country show the power which led to the suffering of common people. 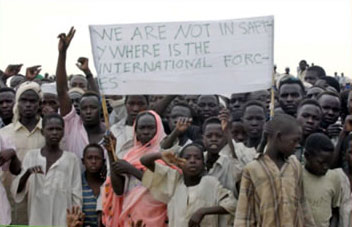 When mention about Genocide wars the mass killing and the tortures on the poor and common people of Rwanda has been a reason for the world to cry and pray for them. The Rwandan civilian war continued for 100 days but destroyed the country. The immigrants known as Tutsi refugees had invaded Uganda.

To conquer, they killed villagers, town people searched for women, children hidden in places, and ended their life. Up to 500,000 women were rape victims estimated from the minority ethnic groups. The liberation of Bangladesh is itself a sad part of world history. A country that was part of Pakistan, was known as East Pakistan before liberation. Language and community problems gave rise to the war. The War of  1971 lasted for nine months over this time the common people suffered death and loss to properties and houses. Women were rape victims, men were killed pulling out from their houses.

Forcibly Urdu was interpreted as the official language but the Bengali community denied to accept it. Razakars, the paramilitary forces of Pakistan killed people in mass and kidnapped, raped, and then left free. One of the dangerous and saddest massacres in world history is the Cambodian Genocide war. It lasted for 8 months and 20 days that began with the Khmer Rouges’ policies. The war was against religions and the leaders, students, lawyers, and doctors. About 2 million people died in the war, the Cambodians were tortured, punished, and killed being from the ethnic groups as the minorities.

Vietnamese being the weak ethnic group was deported and forced to leave Cambodia, with about 50 million left.

The black days during the time of Hitler is itself a history of bad times for the world.  Death caused to the mass people murdering of hostages, bombing and starvation were in the period of the Holocaust. In the war with the Europeans, it killed 28,736000, without sparing prisoners, women, men, and handicapped people. One of the longest of all the Genocide wars that took place between 1941 -45 that carried out with forcing labor works, mass shootings, and pogrom.

Genocide Wars have been the destruction of humanity with the not only loss of lives but also of their dignity. Reviving back from the scars took them decades while doing no good to mankind.