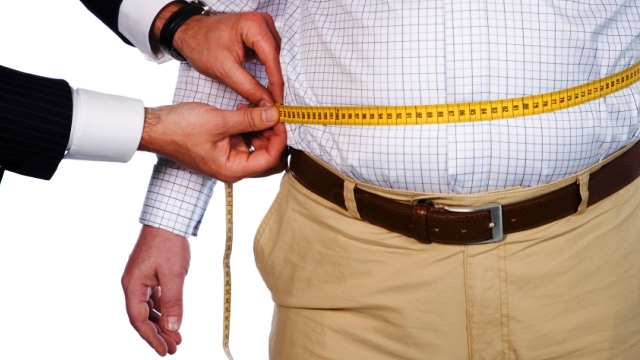 Obesity often goes with depression and the two can initiate and influence each other. Although women are a little more at risk for having an unhealthy Body Mass Index (BMI) than men, they are much more susceptible to the obesity-depression phase

Obesity often goes with depression and the two can initiate and influence each other. Although women are a little more at risk for having an unhealthy Body Mass Index (BMI) than men, they are much more susceptible to the obesity-depression phase. In one study, obesity in women was linked to a 40% increase in depression.

Depression can both cause and result from stress, which, in turn, may cause you to change your eating and activity habits. Many people who have trouble recovering from unexpected or emotionally draining events naively begin eating too much of the wrong foods or skipping exercise. Before long, these become habits and habits are difficult to let go. Generally the cause of being overweight is ambiguous. Write-ups that deal with the issue from a habit viewpoint tend to rule out psychological aspects, while those written by psychotherapists generally tend to state that “it is always psychological.” Eating disorders such as anorexia seems to always have some psychological basis. If your food binges are instigated by anxiety, psychological causes are most likely. If your weight problem started during your teens, then psychological problems were significant factors. If your extra mass is at least partially caused by psychological strains, this mass may prove very difficult to lose.

There are a few people though, who seem able to come to some sort of psychological understandings about their weight problems and readily decipher these understandings into permanent weight loss. These people are the lucky few. For most everyone else, the road to fitness is much longer and is often filled with plateaus and roadblocks. The ultimate solution is simple – not to get anxious. But this solution is easier said than done. To change even one of our stress responses to a calm response usually takes drive, will and commitment to self-improvement. A good idea is to consider fat as just a symptom, like a phobia, a headache or alcohol consumption. The psychological problems basic to all these symptoms are usually the same.

There may not be one psychological motive to avoid physical activity. Instead, there are many possible reasons to make physical activity a routine. Psychological causes often are. The belief that competition is strenuous, so exercise should be avoided, is another reason. Labelling competition strenuous is part of the problem. By avoiding activity, the person gains weight, which feels like guard against an “unfriendly” world. The person may also be traumatized to the point that he/she feels that it is ok to feel miserable all the time by not indulging in physical activity. As a child if a person is habituated to be inactive, rigid or passive, then vigorous physical activities may feel unsafe.

Do these problems have a solution? Psychological therapy can give relief. Doctor can help identifying and correcting any medical, genetic, or metabolic issues adding to extra weight. Counsellors can check that eating is not used for psychological aims that food cannot accomplish. If individuals are self-medicating using food, therapists will come up with effective ways of dealing with stress, anxiety, strain and so forth. Dieting or restricting calories when you are genuinely hungry is wrong. It acts only as stimulus to binge later. In fact, it is smart to eat normal, rational, modest amounts of a wide range of healthy foods. Portion control and exercising are probably the two most important factors in a successful weight management program.

Fruits, vegetables, and whole grains are keys to weight management. Sweets and fats need not be cut out completely. Besides, the body needs the nutrients found in fats and carbohydrates. Moderation must be the idea. Ninety-six percent of people, who lose weight and stay fit, eat a filling breakfast every morning.

Adequate sleep is a necessity. Scientists have found that sleep deprivation increases levels of Ghrelin, a hunger hormone and reduces levels of Serotonin, a hormone that makes you feel satiated. The collective effect may lead to binge eating and weight gain.

Moderate to intensive physical exercise must be a routine. Find people who are motivational. Friends can be great support systems.

Losing just one kilogram a month isn’t great, but if you go any faster, you will make yourself hungry, and hunger will certainly make you overindulge. Be moderate and genuine with yourself. If everyone in your family is on the heavier side, chances are you will be too. But you can be content and fit. Also remember that healthy, realistic weight loss takes time and energy.