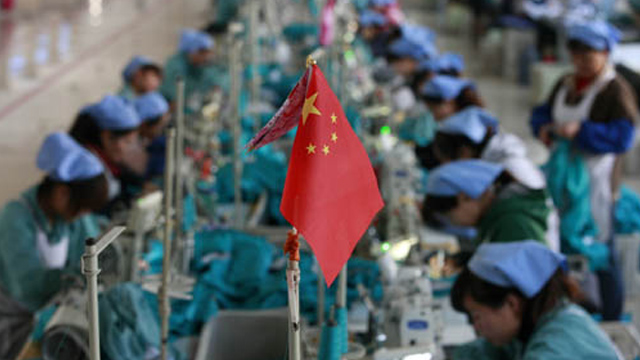 More than 1,400 companies in 19 industries in China have been asked to reduce their production due to overcapacity, the ministry of industry and information technology has said.

The reduction must be completed by the end of September and production may not be transferred to other regions, reported Xinhua citing the ministry.

China is the world’s biggest producer of steel, aluminium and cement. Overcapacity in a number of sectors has dragged down prices and profit margins for some enterprises amid the country’s economic slowdown.

Overcapacity is a situation in which an industry cannot sell as much as it can produce.

The iron and steel industry reported losses of 699 million yuan ($113 million) in June, the first monthly deficit to hit the industry this year.

The combined profits of members of the China Iron and Steel Association hit 2.27 billion yuan in the first half, with an average profit margin of 0.13 percent, the lowest among all industries, according to the association.

The government is trying to curb overcapacity as part of efforts to shift the economy away from investment in heavy industry.

Overcapacity has not been limited to traditional industries. Emerging sectors like the photovoltaic and wind turbine manufacturing industries have also had to deal with excess capacity.

The central government is concerned about the harm overcapacity could do to the economy and is making efforts to eliminate outdated production facilities.

A second list of companies that are at overcapacity will be created soon and companies on the list will be urged to dismantle outdated production facilities in a timely fashion, the ministry said.