6 Kinds of Hilarious Stalkers You Get On Social Media But these are these people who derive infinite pleasure from stalking.

Stalking celebrity profiles are okay since we get to learn a lot of things and their wisdom only enrich us but then there are people who stalk their ex-boyfriend and his girlfriend down to death for some new updates, the social butterfly in the college even after college has been over eons ago. So, these are the hilarious kinds of social media stalkers you get to meet:

This kind will completely go incognito while stalking you. Like there is no sound of its feet when the cat walks, the Hilarious stalkers on social media too will enter your profile and comb-search for new updates without giving you even the single inkling of it.

1. They say crap on your account not to you but others:

Because your profile seriously has something interesting that keeps him coming back. He will not render you angry by commenting on your profile in the fear of getting blocked; he will rather talk crap to others and make juicy gossip. 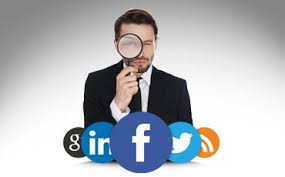 2. They will become shit Sherlock once you reply late:

If you take more than 20 seconds to reply, they will have sneaky doubt you must be diving their attention with someone else and instantly hair-split on your profile to find out a potential clue for validating their doubt. 3. They will unearth even minutest information about you from your social media profile:

Of course, they will know almost everything about your personal life from the tagged photos and people featuring in your albums. They may have brainstormed over who is your aunt, her husband and whose baby shower you attended last month and wore what. You can almost put them through an MCQ session about you and they will pass with flying colours. 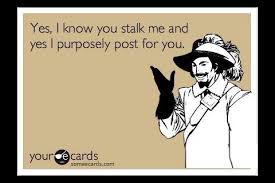 4. They don’t differentiate between lurking or stalking:

That renders them utterly confused because they are so devoted to your profile that the efforts are well past from being called merely stalking, that’s almost lurking. Very creepy at that! 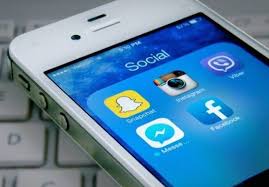 5. They would call them ‘Social media analyst’:

Because stalking too needs a certain degree of respect hence they will term their hobby as ‘Social Media Analyst’ ftw! 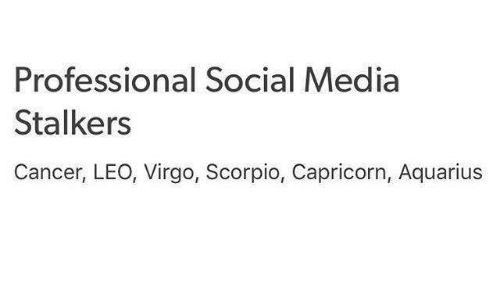 6. Stalking is equivalent to digging a gold mine for them:

They are into binge-stalking and whenever they get a profile that catches their fancy, it almost becomes a comfort zone for them.