Bollywood music from the retro melody has always been trendy, this is because of the unique and idiosyncratic creation. The song was made to live through generations and the excellent work is still ear-worms. The all-time green songs and music are: Dil Pukare Aare Aare …..
The song was written by famous lyricist SD Burman singer was Mohammad Rafi and Lata Mangeshkar. This retro melody song and music together acts as magic released in 1967, it is from the Bollywood movie jewel thief. Whenever you will listen to the music it is for sure you will find this song melodious and it will make you a great follower of lyricist SD Burman. 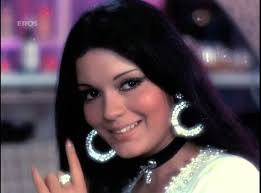 Chura Liya Hai….
No one denies that they are not familiar with the song, it is always been the song for the first time that was made unique and iconic. The song was written by RD Burman while the song was sung by one of the all-time magnetizing voice of Asha Bhosle. This song was released in 1973 from the Bollywood movie “Yaadon ki Baarat”. Aage Bhi Jaane Na Du….
Melody and lyrics both are incomparable and those who love listening to romantic lyrical music should hear this song. Or maybe you have already heard this wonderful song from the movie “Waqt” in 1965 as one of the best retro music by the melody Queen of all time Asha Bhosle. Entirely distinctive from the music that is today which will touch your heart whenever you hear. Babuji Dheere Chalo….
Retro melody rules when we hear this song “Babuji Dheere Chalna” that was sung by Geeta Dutt. No song has formed again after this beautiful music and lyrics. It is a song that was released several decades from now in the year 1954 but its popularity and value to the music are still to the peaks as one of the retro hit music. The song is from the movie Aar-Paar. Lekar Hum Deewana Dil…..
Who does not like the peppy and spicy hot numbers? And these particular songs will pull you to tap your feet on the floor. Majruh Sultanpuri the lyricist which was sung by Kishore Kumar and Asha Bhosle. The remake of the song has been released but the distinctive zap of this old music is unparalleled. Hoton Pe Aisi Baat….
A repeat of this song was not possible to be made once again. The song is old unrivaled sung by Lata Mangeshkar, the song is from the movie Jewel Thief. Even after decades of the release of the song the lyrical music has been erased from the mind and trend of different generations. Madhuban Mein Radhika Nache Re…..
Indian retro music blended with Bollywood music with Indian classical that was sung by Mohammad Rafi. The song is still one of the popular for the Indian music passionate teeny bopper.

These songs have always been hit ever after, the music has consistently driven to the core of the heart of the listeners. Generations have cherished the retro music that has bolstered decades after decades.