Izzat Ya Paisa? Find Out What These Celebs Chose 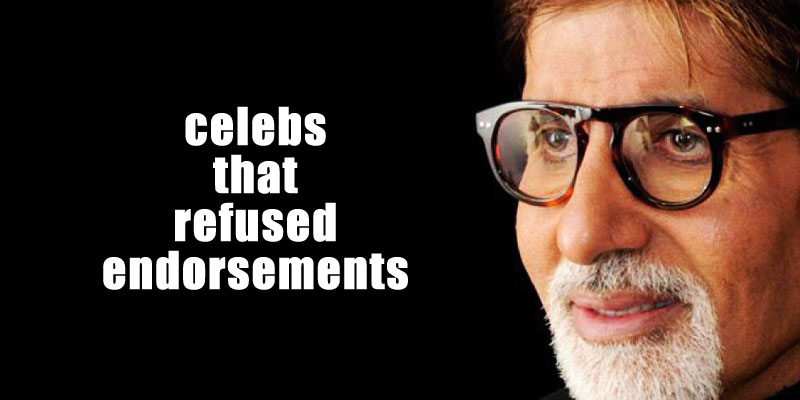 There is a dialogue from the film, ‘The Devil wears Prada’ where Adrian Grenier tells Anne Hathaway that he doesn’t mind her pole dancing all night as long as she did that with a little integrity.

There is always a thin line between following your passion as profession and taking up a profession for the sake of passion. The lines get blurred mostly in the latter case especially if you are a celebrity.

It is hard to say no to the kind of tempting offers the celebs get.

Being a celebrity is also a moral responsibility. Now morals and ethics are highly subjective. What is a casual thing for someone may be a huge moral dilemma for someone else.

It is important that one follows his/ her beliefs because at the end of the day your beliefs and your stance to uphold them will truly talk about your personality. Better said than done, we know of the difficult compromises one has to make to achieve success.

The ability to stand by what you believe and work towards your passion is supremely difficult but highly remarkable.

That is what truly distinguishes a person.

Examples of some celebrities who refused to give up on their principles:

The first name that comes to my mind is Sachin Tendulkar. Apart from breaking several records on field the master blaster is also known for his personality off field.

Reports of Sachin turning down a whopping Rs.20cr offer to endorse a top liquor brand had made headlines.

He had taken an oath of never endorsing cigarettes or liquor products. To keep up to that promise and letting that temptation go earned him a lot of respect.

It wasn’t even a direct association; the endorsement was a surrogate one yet Sachin refused.

Talking of sticking to one’s beliefs Hashim Amla – the South African legendary cricketer refused to even wear the logo of the liquor brand from his team jersey as it was against his religion.

On the same religious beliefs Parvez Rasool – Jammu and Kashmir all-rounder refused to sport the logo on his Pune Warriors team jersey once he got to know that the logo was of a liquor brand.

Bollywood actresses are not far behind with respect to standing by their beliefs.

Kangana Ranaut is reported to turn down apparently an offer worth Rs.2 crores to endorse a fairness cream.

She believes that being dusky is also beautiful and fairness doesn’t necessarily have to be the definition of beauty.

Bipasha Basu refused to smoke a cigarette or even hold it for her forthcoming film, ‘Pankh’.

She is reported to take a similar stand previously as well in the film ‘Corporate’. However she maintains that if the role really demands then she would do whatever the character takes but in these cases she felt the scenes could be shot without endorsing the products.

Hence she did not give in to the director’s demand. She is also known for not smoking and drinking in real life.

Well the habits can be debated but the ability to stand by what one believes truly earns respect for the above stars.