Does dubbing have a place in the 24 crafts of cinema? If yes, then why is that regardless of spending hours mouthing dialogues, crying, laughing and even dramatising, most dubbing artists walk home with a pittance.

Does dubbing have a place in the 24 crafts of cinema? If yes, then why is that regardless of spending hours mouthing dialogues, crying, laughing and even dramatising, most dubbing artists walk home with a pittance.

One rarely hears about dubbing artists, who despite remaining in the dark, breathe life into characters with their voice.

“Nobody understands the effort we put in to do justice to the character we dub. It’s not always plain dialogue; sometimes we are required to cry, underplay and even talk in different lingo. We are mostly paid on an hourly basis,” Sunitha Upadrashta, who has dubbed for over 700 Telugu films, told IANS.

She has dubbed for actresses like Nayanthara, Kamalinee Mukherjee, Shriya and Sonali Bendre.

“Our effort is compared to the total number of shooting days of a film. Just because we dub in a few hours or a couple of days doesn’t mean our effort is minimum. People seldom appreciate the effort of voice because cinema is a visual medium and therefore, they are mostly lost in the visual grandeur of a film,” said Sunitha, who is also a famous playback singer. 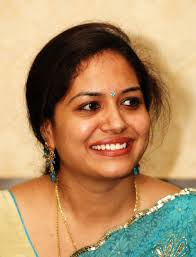 It was as a singer that “I gained recognition”, said Sunitha, adding, “It’s extremely difficult to be popular as a voiceover artist.

“In cinema, popularity only comes when audiences recognise an artist by his or her face,” she rued, and added: “Since I’m a playback singer and also appear on television, people recognise me. But that’s not the case with other dubbing artists who are never brought to the fore.”

Most voiceover artists have a full-time job and take out time for dubbing assignments whenever needed.

“I work as a Radio Jockey (RJ) when I’m not dubbing,” said Priyanka, who has dubbed for top heroines such as Tamannaah Bhatia, Samantha Ruth Prabhu and Tapsee Pannu in Telugu.

Priyanka, who has dubbed for over 30 films, said: “Dubbing artists garner some recognition when actresses back them.”

“I have personally been appreciated by Samantha and Taapsee. In fact, Taapsee referred me to other producers of her films after I dubbed for her. This has personally helped me so much,” she said.

“Since I dub for all leading heroines, I have a say over my remuneration. I charge anywhere between Rs.100,000 and Rs.200,000 for a big-budget film,” said Priyanka, who wants dubbing to be included in all awards.

“We are recognised for our work only by Nandi awards. If Filmfare introduces a special award for dubbing artists, we don’t have to worry about recognition,” said Priyanka, who has been nominated for a Nandi award this year.

Nandi awards are presented by the state government of Andhra Pradesh. Sunitha has won it four times.

However, P. Ravi Shankar, who has dubbed in over 2,000 films across all south Indian languages, said names of dubbing artists should be mentioned in the film’s title cards too. “Awards can honour only one of us. If you want to honour each of us, then include our names in the film’s title cards. Let audiences know who dubbed for their superstars. They should know they have been cheering to our voice,” he said.

A winner of six Nandi awards for dubbing, Ravi has lent his voice to actors such as Sonu Sood, Pradeep Rawat, Mukesh Rishi, Ashish Vidyarthi and Manoj Bajpayee.

Actress Swathi Reddy, who dubbed for Ileana D’Cruz in “Jalsa”, said the industry should learn from the west.

“In Hollywood, even the top actors dub for animated characters. These artists are equally celebrated for the voice. They have not been ignored because they haven’t acted in the film they dubbed for. Why are we discriminating our voiceover artists?” she asked.

Recently, Bollywood actress Priyanka Chopra was in the news for giving voiceover to an Asian character in Hollywood animated film “Planes”.