Ever Thought of Impressing Your Boss With These? So what are the qualities of a great employee?

How does an employee hit the sweet spot with co-workers?

How to impress the boss?

Is there any fun involved, while striving to be that EXCEPTIONAL EMPLOYEE?

When it comes to striking a rapport with the co-workers or creating the right impression for the boss, there are some very unusual yet easy to develop traits one can look out for! In my view, there are certain traits that all the high-performing employees should strive for in their work, like being self-directed, productive and a team player.

Yet, over the years, I have discovered a few decidedly out-of-the-box job attributes that can help take a person’s job performance from good to remarkably great. The adjustments are small but they might just make you stand out from the crowd at work, and help make your boss’ life easier, which is undoubtedly a posotive thing. And trust me, they are so much fun all the way.

Well, a three sentenced email to be precised! Yes it is possible. You can always flush out the fluff and keep only the most essential points. It saves your time and it saves the reader’s time. Whenever I get a long email from an employee or a co-worker, I ask myself if things could have been expressed more concisely. It’s great to see that he or she cares enough to have spent the time composing it, but is all the information absolutely essential? Could a few more sentences have been eliminated? Time is often a boss’s most valuable commodity. Rather than sending long emails, save more substantial communication for a phone call or meeting, and practice writing shorter than short emails.

Bring Out That OCD in You

For employees looking to take their performance to the next level, there’s a not-so-subtle lesson here. Pay detailed attention to the small stuff, small print and small happenings. Basically, sweat the small stuff! For any business, small glitches can be major disasters waiting to happen. At a company, with hundreds of employees and over a million users, a minor copyright issue, improperly executed email campaign or even what seems like a small technical glitch can end up affecting a lot of clients in a short period of time. An employee who can be trusted to catch such small errors truly begins to stand out among the crowd. You know what I mean here, right? PAY ATTENTION to SMALLEST of the details around you, and strive for perfection in them! Be the OCD if you have to! Bring Out That OCD in You

Walk Out Of A Meeting (And No I Am Not Out of My Mind!)

I love it when employees walk out of a group meetings. Why? Meetings are, by nature, inefficient. Some agenda items are resolved in minutes while others run on for what seems like forever. Topics that are critical for some group members might be completely irrelevant to others. The solution: Stand up and excuse yourself when you’re no longer gaining value. Bosses would rather have the employees making good use of their time than sitting around politely listening to information they can’t use. Now, not all bosses are going to see things this way. But to the right boss; the productivity seeker who’s always looking for ways to boost efficiency; this tactic can speak volumes. Walk Out Of A Meeting

Learn To Treat Up The Downers

Treat the janitor or floor-keeper better than your boss.  Various people sitting at high-level roles in a company, who are personable and courteous to their managers are downright rude to IVth graders in the organisation. The ability to work well with others; not just your boss; but especially those who are in small time roles such as house keeping and pantry, is a skill that’s critical in any role. Bosses, sometimes are constantly assessing how the employees treat co-workers, clients, subordinates and even strangers. Civility, courtesy and genuine caring are the traits bosses often value highly because they lead to a more harmonious, productive team. Leave the ego at the door. Make a rapport with the co-workers and juniors around you. Learn To Treat Up The Downers

Fail At Something (Yes, It’s Not Bad At All)

There are two types of failure; failure due to incompetence and failure due to ambition. A good boss recognizes the difference between the two and respects employees who fail for the latter reason. I personally have great admiration for people who bite off more than they can chew, who take on projects that may be too big or too ambitious. And I don’t hold it against them should things not turn out as planned. Without risk, after all, it’s hard for any company to move forward. Steve Jobs knew this well. While Apple is revered for the iPhone and MacBook, less remembered are the products that fell totally flat, like the Apple Lisa, the Apple III and the Power Mac G4 cube. A good boss knows that failure and innovation are two sides of the same coin. 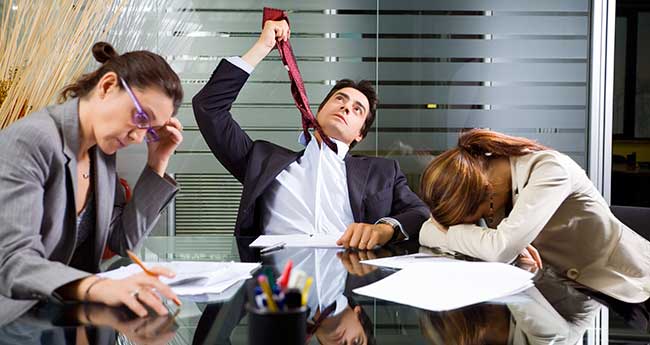 It’s important to keep in mind that while following these suggestions might impress some bosses, not all bosses are made from the same mould. Therefore, these tricks should be applied judiciously; especially if you work in a more conservative or regulated industry.

Having said that, great bosses know that empowered, not fearful, employees are a key to success. Here’s hoping that you’re lucky enough to work at a company that supports people with the courage to take (informed) risks; especially when they have the best interests of the business in mind. That is when your job becomes fun!

Happy working to you!