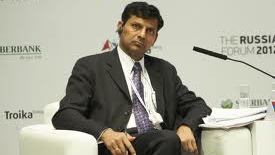 The Raghuram Rajan Committee for evolving a composite development index of States has suggested doing away with the “Special Category” criterion for providing additional assistance to poorer States.

The Raghuram Rajan Committee for evolving a composite development index of States has suggested doing away with the “Special Category” criterion for providing additional assistance to poorer States.

Instead, it has proposed a general method for allocating funds from the Centre based on both a State’s development needs as well as its development performance.

The Committee has recommended that each State may get a fixed basic allocation of 0.3 percent of overall funds, to which will be added its share stemming from need and performance to get its overall share.

Finance Minister P. Chidambaram, to whom the Committee has submitted the report, disclosed this in a statement in New Delhi.

The Committee was asked to suggest methods for identifying backwardness of States using a variety of criteria and also to recommend how the criteria may be reflected in future planning and devolution of funds from the Centre the States.

The finance minister further informed that the Committee has come up with a “multi dimensional index” of backwardness based on per capita consumption as measured by the National Sample Survey Organisation (NSSO), the poverty ratio, and a number of other measures which correspond to the multi-dimensional approach to defining poverty outlined in the 12th Five-Year Plan.

The Committee has observed that the demand for funds and special attention of different States will be more than adequately met by the twin recommendations of the basic allocation of 0.3 percent of overall funds to each State and the categorisation of States that score 0.6 and above as “least developed” States.

According to the Committee, these two recommendations, along with the allocation methodology, effectively subsume what is now “Special Category”.

According to him, Prime Minister Manmohan Singh has asked the Department of Economic Affairs in the finance ministry to examine the recommendations of the Committee and take necessary action.