We Bet You Didn’t Know The Story Behind The Nicknames Of These Indian Cricketers! “Story Behind The Nicknames Of Indian Cricketers”

While watching the cricket match, have you ever heard Virat Kohli shouting at Mahendra Singh Dhoni saying “Mahi, pass that ball or something like that”. I’ll assume you must’ve definitely heard that.

And you must’ve even heard the commentator saying “Wow that’s a SIX by master blaster”. Yeah, master blaster = Sachin Tendulkar. {We all know that}

So these are actually the nicknames of Indian Cricketers, sometimes given by their teammates and sometimes by their crazy fans.

Well, apart from Sachin and Dhoni, now let’s take a look at some of the story behind the nicknames of Indian cricketers

He has two nicknames and this comment by Shane Warne will explain you “Why he is the Wall? – Shane once said “Rahul Dravid being called “The Wall” is pretty much spot on. The “Fortress” could also describe him. Because once he was set, you needed the bowling equivalent of a dozen cannon firing all at once to blast him down”.

And Jammy– His father worked in a company which manufactured jams, so he was given that name. Virat Kohli is known as Cheeku and he doesn’t mind it at all.

One evening, he returned to his hotel with his hair nicely styled and cropped. Before coming to the hotel, he actually went into a nice hair salon and gave a new hair-cut. So later, after reaching he asked his colleagues about his look, and his coach replied “Not bad, you look like a Cheeku”. 🙂 This is actually funny- Once in a dressing room, Shane Warne found Ajinkya’s name too hard to pronounce and so he gave him a short name “Jinxy”. Fans were the one who gave him these two nicknames.

Once when he was continuously playing really bad in cricket matches, fans were so frustrated and angered that they started calling him “No Hit”. But later, when he started hitting balls and making good runs- His fans renamed him “Hit-man”. 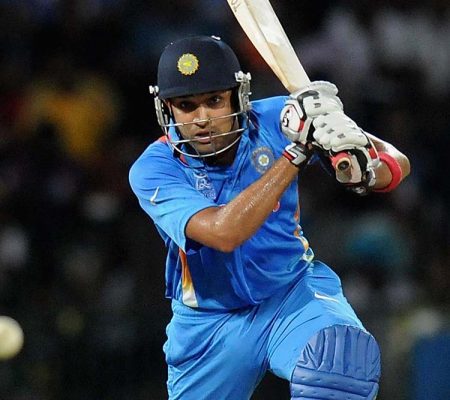 He is known as Bhajji but Turbanator is the exciting one. Well, he is known as “The Turbanator” because it is derived from his skills as a bowler in terminating the innings of the opposing team. Also he is a Sikh, so he wears a black turban always. Bombay duck is a favorite fish of Maharashtrians.

Thus, in the game of cricket, Ajit was named Bombay duck, for his seven consecutive test match with “zeroes” against Australia. Kapil Dev represented the Haryana Cricket team in domestic cricket and Hurricane because he was a fast bowler. Virendra Sehwag once scored 309 runs VS Pakistan in (Multan- year 2003-2004). The match also counted the first triple century of Indian player in Multan by Sehwag. This was all about the story behind the nicknames of Indian cricketers. Would you like to add some of the players and their nicknames? Leave a comment below.