7 ROFL Reasons Why Shahrukh Khan Will Win Over Preity Zinta 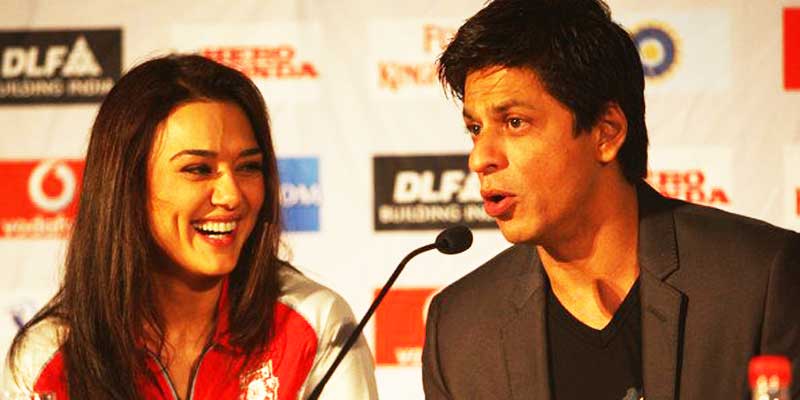 The most consistent team of this season ‘“ the Kings XI Punjab will go against the most resilient side in the current IPL season ‘“ the Kolkata Knight Riders in the first Qualifier clash on Tuesday.

The most consistent team of this season – the Kings XI Punjab will go against the most resilient side in the current IPL season – the Kolkata Knight Riders in the first Qualifier clash on Tuesday. Thanks to their all-round show, mostly batting from Aussie star Glenn Maxwell; the Punjab side have overachieved this season. But standing in their way are Kolkata Knight Riders who were written off midway into the tournament but they bounced back to seal a playoff berth.

But even if the odds favour the Kings XI Punjab to yet another victory, one must never under-estimate the KKR supremacy. The fans, purists and the cricket analysts might favour a KXIP win but WE figure that Kolkata have the ‘strength’ to overpower the Punjab juggernaut. How? We tell you the best 6 reasons why Kolkata is BETTER than Punjab:

Shahrukh Khan is a BIGGER B-town star than Preity Zinta
One reason why Kolkata Knight Riders hold the ace of superiority is the ‘owners’. Co-owner Shahrukh Khan holds the superstar status in Bollywood rather than Preity Zinta, who has fallen in the behind to the likes of Deepika Padukone and Katrina Kaif. Moreover, SRK was recently tagged the second richest actor in the world. So Preity, you ain’t pretty anymore! Eh!

Gautam Gambhir has got more hair than Virender Sehwag
Former Delhi teammate’s face-off in the Qualifier 1 of the IPL 7 on Tuesday and it seems ‘Gauti’ has already taken the lead. Why? Since he is younger and also, got more hair than ‘Viru’. May be Sehwag needs a hair transplant, again!

Yusuf Pathan can hit ‘huge’ sixes than Glenn Maxwell
Sorry folks but we gotta give the credit to Yusuf here. The Baroda bomber has those strong muscles which he flexes to hit the long sixes. ‘Maxi’ on the other hand might be content with shortest ones.

Uthappa is more gullible than Bailey
When was the last time you had water from the ‘Bailey’s’? Food for thought – Uthappa is a south Indian delicacy while ‘Bailey’ is a well-known packaged drinking water.

Mamata Didi is quite popular than the state of Punjab
So when one talks about Kolkata, it has to include Mamata Banerjee, the Chief Minister. Who could forget her celebrations with the KKR team during their 2012 victorious campaign! So, who is going to celebrate with Punjab?

Even though the battle is fought on the cricket field, we feel these reasons might be enough to justify our opinion that Kolkata Knight Riders are ‘BIGGER’ than Kings XI Punjab.