The Punjab and Haryana high court has passed a verdict allowing conjugal visits for inmates so that they can have sex with their respective partners with progeny in mind.

A verdict recently passed by the Punjab and Haryana high court is bound to work in favour of jail inmates. The court, in what might be seen as a historic verdict, announced that the jail inmates can have sex with their respective partners, provided they are married and wish to bear a child.

This order was passed on Tuesday and made public which read that the right of jail inmates to have conjugal visits was held. In addition to that, the court also spoke about artificial insemination for offspring being a basic right for people.

It was Justice Surya Kant who passed the judgement calling the matter a crucial subject and urging the stake-holders to come together and take a liberal view on the same. 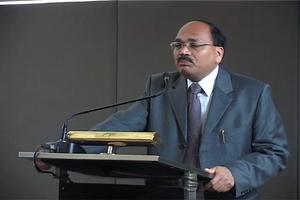 You might wonder what prompted him to come to one such decision.

Well, the story involves a couple – Jasvir Singh and Sonia – who were held up in the Central Jail in Patiala for committing the heinous crime of murdering a 16-year-old boy for ransom.

The couple was awarded death penalty. They filed a petition in the court seeking permission for conjugal visits for the sake of a progeny. The court rejected the plea looking at the crime that the individuals had committed by killing the teenager.

This was when Justice Kant made an observation of the same. Though the court has now allowed jail inmates to meet their respective partners for their progeny’s sake, there are certain conditions to control the law.

Conjugal visits might seem new to Indian prison scenario, but it is not completely alien to overseas inmates.

Mark Chapman, the killer of John Lennon, is said to be paid visit once every year by his wife for sex. She also makes him pizzas and watches repeats of Wheel of Fortune with her partner. According to the wife, the couple gets 44 hours of alone time in a private caravan where they cater to their physical and romantic needs.

Jail rapes are also an issue that has bothered the Indian jail authorities on numerous occasions. Allowing conjugal visits might permanently suppress rapes by inmates over their weaker adversaries.

While pronouncing his judgement, Justice Surya Kant called having a progeny as people’s fundamental right.

He was quoted as saying, “A society which is currently involved in academic and intellectual debates on ‘gay-rights’ or the recognition of ‘third-gender’, cannot shy away nor can it keep concealed under the carpet the pragmatic concept of conjugal visits of the jail inmates”.