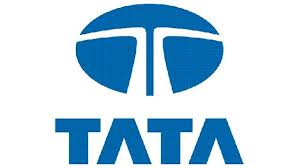 Tata Projects unveils a new strategy to accelerate its growth by focusing on public-private partnership (PPP) and build, own and transfer (BOT) mode projects.

The company had revenues of Rs.4,000 crore during 2012-13 with a growth of 10 percent. “This year, the revenues will be at little over Rs.4,000 crore,” he told reporters adding that the impact of the new strategic direction will not be felt during the current year.

Tata Projects currently has an orderbook of Rs.15,000 crore with projects predominantly in power, transmission and metals and minerals. Water, railways and oil, gas and hydrocarbons are the smaller sectors.

Under the new strategy, aimed at multiplying the topline, the company is actively looking at urban infrastructure including metro rail projects, Special Economic Zones and water management.

A part of Tata Group, it grew at 25-26 percent CAGR during last four to five years. The zero-debt and cash rich company is doing well despite the problems in infrastructure sector and the overall challenging conditions in the economy.

“Even in a bad year last year, we did reasonably good. This year has been very good. We almost doubled the orderbook,” Ameen said.

“We are making decent profits and want to push up further the trajectory of growth but we will not madly bid. We will continue to be very prudent,” he said.

Ameen said they would increasingly leverage verticals and also the partnerships. For Kochi Metro, it has tied up with Britain-based Balfour Beatty.

It also won the Eastern Freight Corridor Project jointly with Aldesa of Spain. It involves construction of a 337 km double track line, and 14 km of single line – between Bhaupur and Khurja in Uttar Pradesh. The World Bank has sanctioned $975 million for the project.

Ameen said through such partnerships, they will actively work on opportunities and bring in world-class infrastructure international practices, especially in urban infrastructure.

“We are looking at developing projects ourselves. So far we were playing EPC role but now looking at playing PPP and BOT role,” he said

While its projects are predominantly in India, Tata Projects is also focusing on Middle East and Africa. It is looking at opportunities in power, transmission, mining, railways, chemicals and fertilizers in Africa. In Middle East, it is eyeing projects in oil and gas and gas based power projects.