10 Charles Bukowski Quotes That Make You Rethink About Life

Transmuting the immorality of urbane life into poetry was his wheelhouse. The downtrodden in American society, their emotions, imaginations made for the subject in his poetry and also a graphic depiction of the same using violence and sexual imagery made his work timeless. Henry Charles Bukowski, the German-American poet who was described as the ‘laureate of American lowlife’ by TIME in 1986, adopted a virile attitude towards depicting the darker impulses of American society. He inundated us with thousands of short stories, poems, about six novels and screen plays aplenty which were disturbingly poignant being imbued with satire. He found the elemental truth in the most underrated things by the society and that’s that.

Here are some quotes by Charles Bukowski that really make you rethink about life:

If you have no passion to live for, you are not living at all. We all look forward to something that makes us feel alive, that is worth fighting for or worth dying for. Here, Bukowski seems to suggest the same. Clear clutter in the heart:

Because holding on the past never grew us. We should take cue from the past experiences and vow not to repeat them, but them again clearing the junk in our heart is also an imperative to move on. So, love is sorted in one line. We need to believe in the impossible, seek inspiration from ourselves, not others because unless we believe in it, it will never be ours. After all, it depends on how effortlessly you walk through fire. There is a light within us:

If we defeat darkness through our own light, it will be worth the fight. Otherwise we gloat over:

This one rings true with the predicament of the commoners in a brutal society. We gloat over the miseries of others and those who care do candle- march; but we feel the sting when it happens to us. That sums up a woman who gives a damn:

Because woman, you NEED to give a damn!

I could not agree more with him. You need to build your shield on your own. Because well-behaved people never made history. 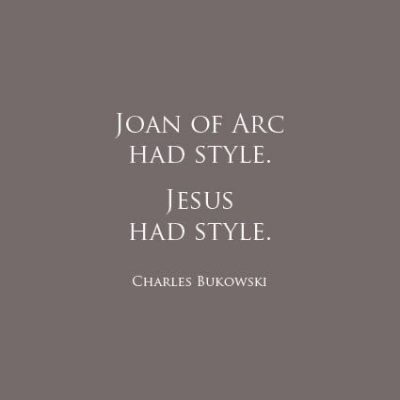 Because the only person you can be like, is you. Trap yourself in the inferno called love:

Once in love, you are headed for the doom but you live to the fullest during the journey anyway. You have always had:

Let the Sun in you burn your gut. These are the lines of Charles Bukowski that really make us rethink about ourselves because life is what we make of it.